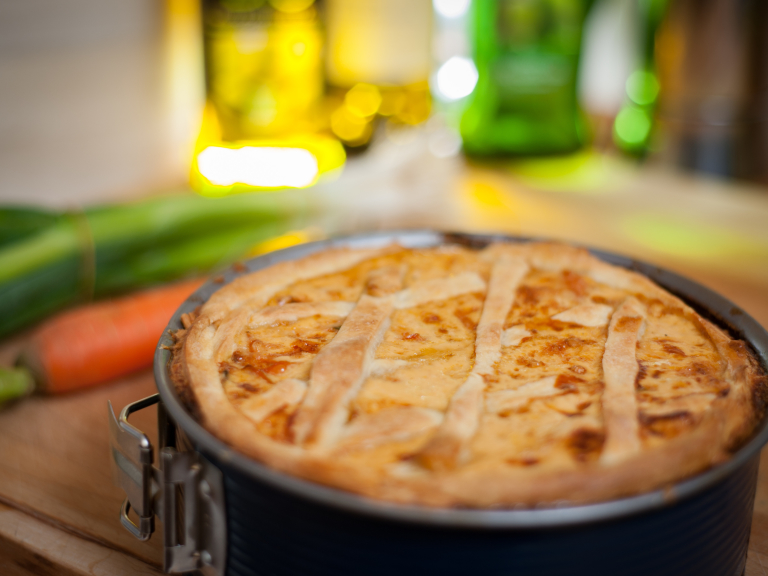 There's much to be said about the humble pie.

One thing's for certain - a pie isn't a fly by night, soon to become out of favour meal. Quite to the contrary pies (in some form) have been around since the ancient Egyptians and they're very much here to stay!

Tucking into a tasty pie on a chilly day is the ultimate rewarding food. And it seems our ancestors agreed - records show that from as early as the 12th century, being able to easily carry & store nutritious, long-lasting food was a priority, and coming up with the idea of a pastry crust that could contain all the healthy goodness inside was a stroke of genius that ticked all the boxes. (Although in most cases these crusts weren't eaten, they were a little too hard!)

It was the perfect solution to being able to transport when you couldn't eat it at home.

Although the world of pies initially began with meat pies - the sweeter varieties lagged further behind, not making an appearance until the 1500s when Queen Elizabeth I tucked into a yummy cherry pie.

Roll on a few hundred years and pie popularity hasn't really ever waned through the centuries. With regional variations across the globe thrown into the mix (we love a traditional pie with fillings such as steak & kidney or chicken & mushroom in the UK, whereas in the USA they tend to go for pot pies with a flaky crust and bottom) the pie is an international favourite.

So it seems fitting that one of our most loved pie serving locations, The Spread Eagle in Croydon, is celebrating The Great British Pie Week by going pie crazy!

They have 5 guest pies available for you to sample until 12th March.... you'll need to go at least a few times this week to get a chance to taste a few of them!

Try Glasses Online without Causing Any Hurdle| a Guide book:
Sign up for offers
Sign up for what's on guide
Popular Categories