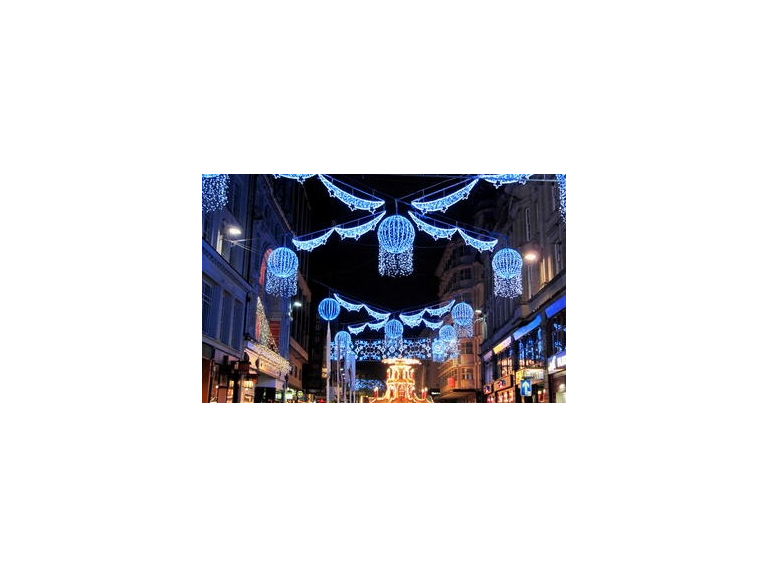 The countdown to Christmas officially begins with the turning on of Croydon’s Christmas lights which takes place on Thursday 15 November, followed by 5 weeks of fabulous entertainment.

And this is all thanks to both the Croydon Business Improvement District (BID) and Hammerson, who have donated a fantastic £15,000 towards the festivities.

North End and the surrounding area will be transformed into a sparkling winter wonderland when stars from the cast of this year's pantomime - Jack and the Beanstalk - at Fairfield Halls join forces with Croydon’s Mayor, Councillor Eddy Arram, to switch on the lights at 6.30pm. The lights will officially be turned on by none other than Eastenders actress Laila Morse, who plays Mo Harris in the soap.

We really are spoilt this year with the array of talent joining us to celebrate the event. Among the acts scheduled to appear are local band and former X Factor contenders, Love To Dance, Bubblegum Dance, the Shirley Tappers & The Hot Foot Tappers, Anglo/Maltese singer Sophie and Impulse Bollystreet.

It doesn't end there. On Saturdays 24 November and 1 December from 11am to 5pm there will an afternoon of festive fun with street performers and musical entertainment.

Croydon Christmas Beat will take place on Saturday 8 December featuring some of the town’s best performers.

On Thursday 13 December from 4pm to 6pm there will be a parade of individually crafted lanterns designed by students from local schools.

And hungry tummys aren't forgotten! There will also be a variety of food stalls to tickle those taste buds.

So get involved in Croydon's Christmas caper this year - it's going to be a corker!

Click here for full details of the BID’s Christmas programme of activities.