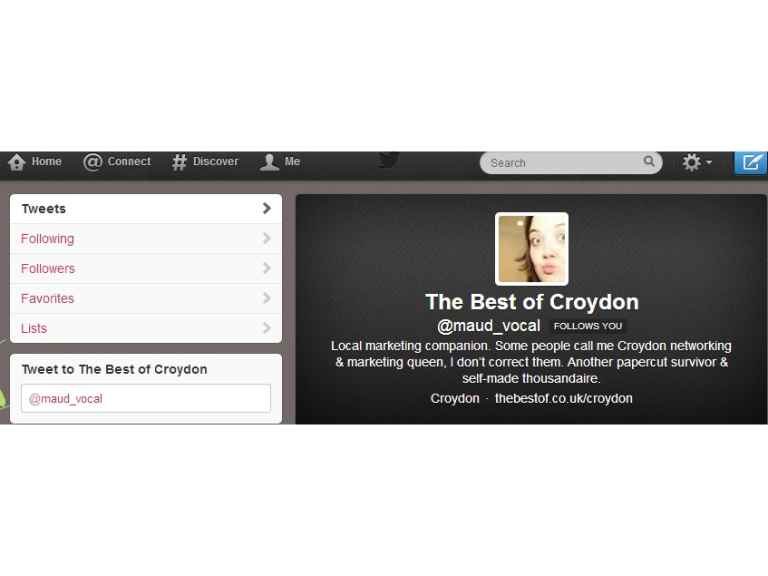 Back in the old days, the main options for sharing good content & images were image galleries, websites, RSS feeds which people had to access themselves to pick up the information. Social media makes it one step better by allowing you to deliver information directly to people.

It's all about creating the feeling of a two-way conversation, connecting with your followers in real-time - immediate and engaging. Social media has embraced this interactive approach to communicating, presenting everyone with the opportunity to interact in a way that no preceding communications tool has managed before.

Sometimes when we think of celebrity Tweeters, we get that glimpse into their private lives that we would never otherwise see. I'm still not entirely convinced that dumping your other half on Twitter (Ashton Kutcher and Demi Moore style) is entirely the way to go, but it seems that life in the celebrity world is definitely more tangible to us laymen since the Twitter revolution - and perhaps by using Twitter, the celebrities have at least some small element of control over what gets out there about them, a self-controlled response mechanism.

And how often is it now the case that when a news event happens across the globe, forget turning to the news channel - the first we hear of it is through the reaction on social media. The death of Witney Houston is perhaps one of the best examples of this - it was revealed in a tweet by her hairstylist forty-five minutes before the Associated Press reported the tragedy.

Of course while our 3,000 followers is worth celebrating (any excuse for a glass of fizz!) we all know that when it comes to Twitter it's not about the number, it's about the engagement with your followers that's most important. It's about your influence, not just random tweeting that disappears into the ether. That's what a Klout score measures. Quite simply, the more influence you have, the higher your Klout score is.

I'm pretty chuffed that mine's 62, which at a rating of anywhere from 1-100 is very good! I guess that counts me in as doing pretty well - not quite Justin Bieber status (he is the only person with a perfect 100 Klout score) but well on my way.

Why don't you check out your Klout score at Klout.com? And get following me @maud_vocal to see what it's all about!