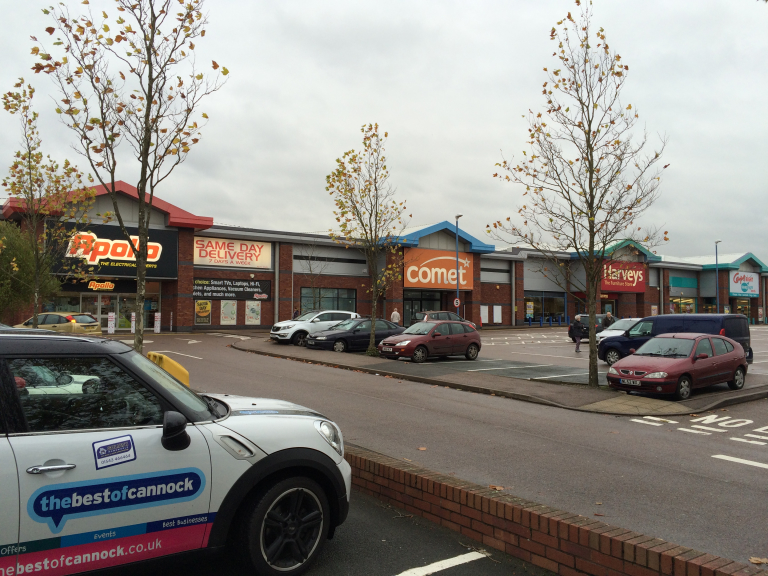 M&S are planning on opening a store on the Orbital shopping centre, previoulsy occupied by Comet. The store will be a food store rather than a clothing store.

The store will add to the shopping centre on the Orbital alongside names such as Argos, Boots, Homebase and Sainsburys.

Marks & Spencers were said to prefer the unit on the Orbital over a town centre outlet with the established names nearby and excellent road links.

It is hoped the new store could open its doors in April 2015.

Another empty unit becoming occupied in Cannock must be seen as a positive and the work is well underway nearby as part of another retail development for TK Maxx and other retailers. The Mill Green development further along the Orbital route could also put Cannock on the map and attract visitors both from the local area and further afield.

Cannock really is seeing growth and a lift in retail outlets in out of town locations. Things in retail are clearly changing from days of old based around town centres, lets just hope they can find there place in the 'new' retail environment through copnvenient service style retail including mobile phones, cards, fruit & vegetables, cafes and more.