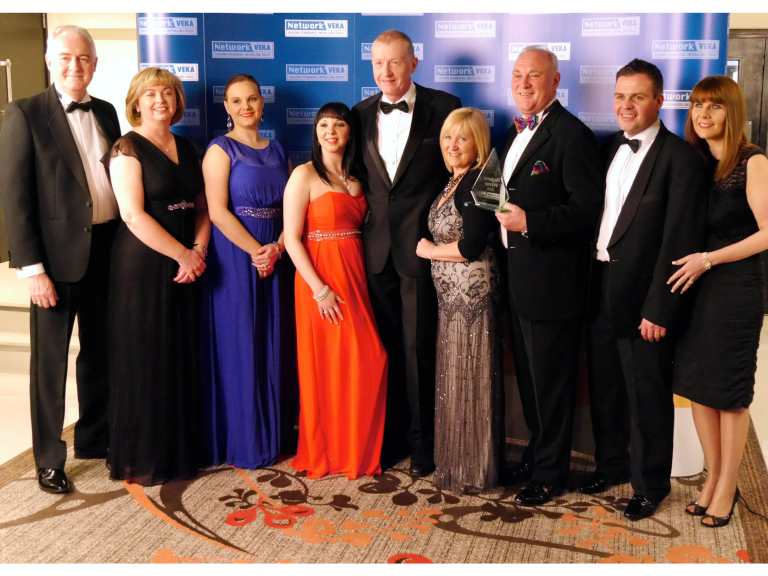 Goliath gained the highest score in the region in the survey by Network VEKA, the respected standards and guarantees body, after a poll of every single customer of its 140-plus member companies throughout the year.

Goliath’s Steve Hancox received the trophy from snooker legend Steve Davis at the organisation’s AGM in Stratford-upon-Avon on Saturday (March 21), when Goliath was also awarded entry to the organisation’s elite ‘100% Club’ for members achieving 95% or more in the survey throughout the year.

Steve said after the ceremony: “This award is really important to us because it comes straight from the opinions of our customers so it tells us they are happy with what we do.

“We always knew we were doing our best for every customer and now we have yet one more award to prove it. Our new trophy will go beside the other four, taking pride of place in our showroom.

Goliath Homeworld is also a founder member of Network VEKA, which was established in 1996 to help local window, door and conservatory companies to show their quality and integrity. Now, with more than 200,000 satisfied customers, its members are still regularly audited to work to the same strict standards as well as offering the organisation’s own insurance-backed guarantees every time. Steve Davis has worked with Network VEKA for many years, helping member companies to promote those strict professional standards.

Picture: Steve, 3rd from right, and the Goliath delegates received the trophy from Steve Davis.

I joined Goliath Homeworld our family business in 2013, after studying travel at Cannock College and working for a local travel agent for 11 years in sales and customer care. I am the youngest daughter...