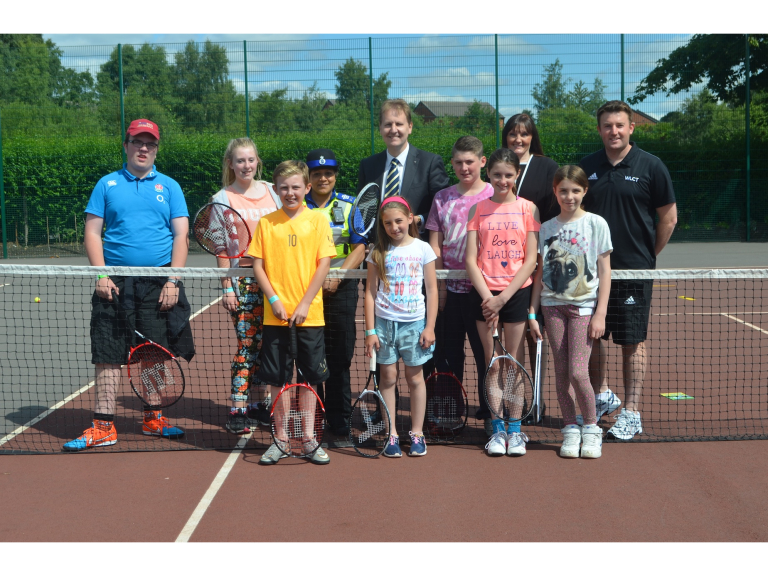 Thousands of young people aged between 11 and 17 attended activities including cricket, street art and skate boarding in Cannock Chase.

The activities were arranged by a collaboration of public and voluntary organisations in Staffordshire including local councils.

Space was originally an activities scheme led in Staffordshire during the 80’s and 90’s aimed at engaging with young people. The new version of Space, coordinated by the Office of the Police and Crime Commissioner, has similar objectives and worked closely with a mixture of voluntary and public organisations including Cannock Chase District Council.

Mr Ellis provided £130,000 to fund activities with an aim to reduce disruptive behaviour during the school summer holiday whilst increasing skills and improving health and general wellbeing by creating opportunities to engage with young people positively.

He said: "I am pleased that so many local people got involved with this year’s Space programme. I wanted to bring Space back to develop the relationships between young people and public and voluntary sector organisations whilst providing a positive experience for young people to get involved with and I hope we have succeeded in this.

"I want to thank colleagues in my office who created this year’s Space with just a few months’ notice.

“A thorough evaluation is now being carried out which will determine if Space has been successful and feedback is essential to this. We have had some great feedback so far but I am keen to hear more about what people might do differently.

“Whilst I can’t fully commit to Space next year because of the Police and Crime Commissioner elections in 2016 I would love to see it return bigger and better with a greater focus in encouraging volunteering.”

Boxing Tutor Isabella Spence said: “The space scheme was an invaluable experience for both my daughter and younger brother, they thoroughly enjoyed the experience, learning a new skill, interacting with other children and in essence find a new hobby that they can prosper in.

“It has really helped to structure the summer holidays with something educational but fun at the same time, I asked my brother what he would be doing if he hadn't come down to the gym for the summer programme and he said probably would have been playing on his Xbox all day.”