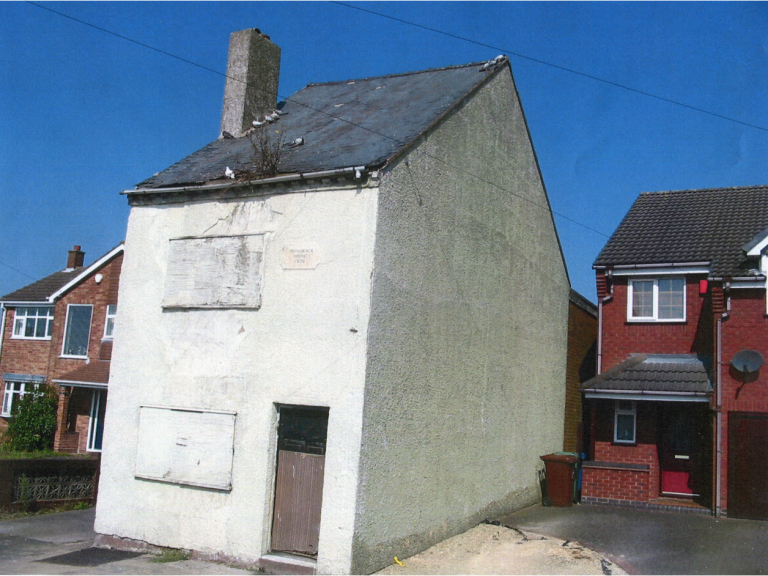 Ron Turville, aged 70, of Greenheath Road, Cannock, appeared before Stafford magistrates on 6th August and pleaded guilty to non-compliance with a Section 215 Notice. He was fined £300 and ordered to pay costs of £455 and a victim surcharge of £30.

Cannock Chase Council first wrote to Mr Turville in February 2013 after receiving complaints from neighbours about the state of the property at 365 Cannock Road, Hightown, and requested that improvement works be carried out. It is thought the property – called Providence House and built in 1878 – has been unoccupied since the late 1990s.

Mr Turville was asked to:

Despite meetings being held with Mr Turville, no work was carried out and enforcement action was taken through the serving of a Section 215 Notice in July last year, requiring all works to be completed by 25th September 2013.

Some work was carried out at the property, but it was of an unacceptable standard.

Cllr Gordon Alcott, Cannock Chase Council Planning Portfolio Leader, said: “It is not acceptable for owners of properties to allow them to fall into terrible states of repair, meaning they become seriously detrimental to neighbouring properties and the general street scene.

“The condition of the building at 365 Cannock Road has caused growing concern, as no effort was being made to maintain it. We tried to work with Mr Turville over the best part of 12 months to make sure that the required improvements were made but, unfortunately, this didn’t happen.

“Mr Turville has now informed the Council that the property is due to be demolished on 1st September. Officers will be visiting shortly after that date to make sure demolition work has begun. If it hasn’t, or if the requirements of the Section 215 Notice have not been met, then the Council will be taking the matter further.”