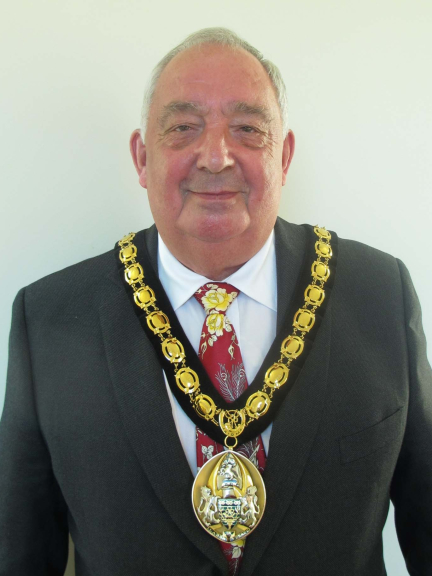 This is the first time that Councillor Dudson has been Chairman of the Council, he was Vice Chairman last year and prior to that was a member of Cabinet.

Councillor Dudson was elected on to the Council in May 2012 and has held a seat for Brereton and Ravenhill since this time.

Part of the Chairman’s role during their term in office is to raise money for their chosen charities.  Councillor Dudson is still considering this but has said that they will be charities local to his ward.

Councillor Alan Dudson said “I am looking forward to the forthcoming year as Chairman for Cannock Chase Council.  It is a privileged position to represent Cannock Chase Council and I am looking forward to meeting lots of people during the official engagements and raising money for my chosen charities.  Although I have not yet decided on the charities, when I have selected them, they will be local.”

Councillor Paul Witton, ward member for Cannock South will be taking on the duty as Vice Chair.