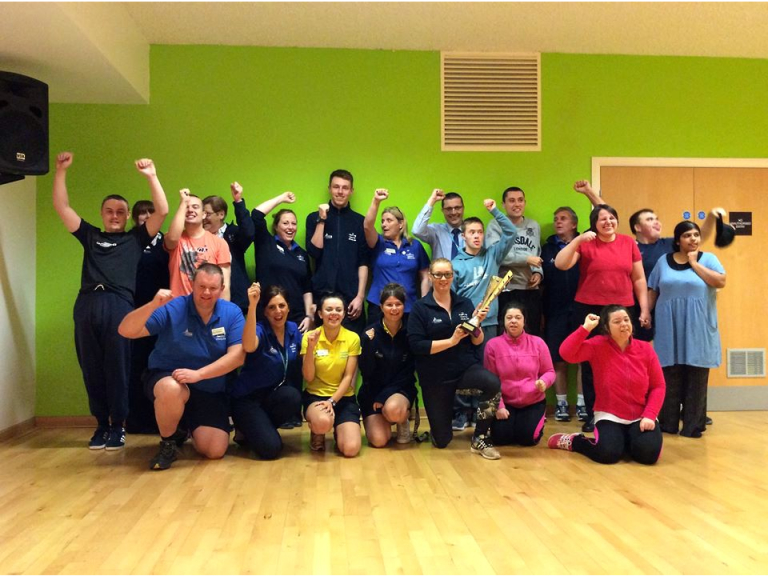 Each week up to 60 people with a range of disabilities converge on The Chase for a full day of activities, socialising and fun.

It’s all part of a project called Chased Active Friday that’s been pioneered by Inspiring healthy lifestyles (Ihl) in Cannock Chase over the past three years. And in that time there have been more than 6,000 attendances at these sporty sessions.

It’s been such a hit that the project has now been recognised in a prestigious annual awards ceremony.

The Sport Across Stafford and Stoke-On-Trent (SASSOT) Awards seek to highlight all the great things going on in sport and physical activity. And this year, Chase Active Friday took top honours in the awards’ Community Impact category.

Paul Smith, who is Ihl’s Wellbeing Lead in Cannock, explained: “The inspiration for Chase Active Friday came initially from the London 2012 Paralympic Games. The Chase Sportability Group held its own Flame Celebration event and as part of this got a lot of feedback saying there needed to be more accessible activities for disabled adults.”

The scheme received Community Sport Activation funding and was officially launched in 2014.

“We wanted to offer something that removed any barriers people may have to becoming more active,” said Paul. “We worked with our partners to promote the sessions and encourage people to come along. Ultimately it’s about bringing people together, so those who accompany the disabled visitors are free to take part. In fact, anyone is welcome to come along and join in.”

Classes are led by Ihl’s team of coaches and while they’re more about fun than elite competition, the quality of coaching is always extremely high.

Paul added: “We want Chase Active Friday to encourage people to be more independent and sociable as well as physically active. It’s a great way to get people together.”

The SASSOT Awards took place at The County Buildings in Stafford recently.

“It was quite humbling for us because there were so many worthwhile projects and inspiring people taking part,” said Paul. “But it was a great feeling when we were announced as the winner. It’s a real testament to the hard work of everyone who has been involved in making Chase Active Friday such a success.”

Cannock Chase District Council’s Lead Member for Culture and Sport, Cllr Christine Mitchell, was among the audience to see the Chase Active Friday team pick up the award.

Cllr Mitchell said: “This is well-deserved recognition for an incredibly worthwhile and effective project. It is clear that the team behind Chase Active Friday has listened to its customers, worked effectively with partners and delivered an outstanding service. The benefits of sport and physical activity cannot be understated. It can do much to improve your quality of life — it can help to make you healthier, happier and increase your confidence. It’s clear from the numbers taking part that Chase Active Friday is doing just that.”

Chase Active Friday will now go forward to the West Midlands Community Sports Awards which will be held at Birmingham University on Thursday 7th December.

Paul Smith added: “It would be amazing to win the regional awards but we are just delighted that so many people in our area have benefited from this scheme. We wanted to empower people to take control of their physical and mental well-being. Our next step is to secure the long-term future of the project and ensure that even more people can get that Chase Active Friday Feeling.”