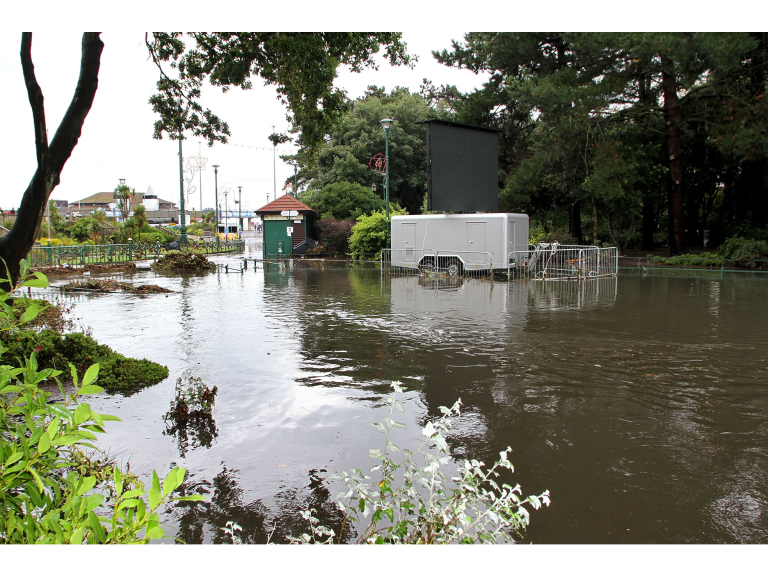 FEARS over Bournemouth town centre's "alarming" flooding problems have been raised by a business leader.

The former town centre manager, speaking on behalf of 580 businesses, warned that a lack of “forward thinking” to minimise the threat of flooding will drive investment away from the town.

He said he “implored” the council to “over engineer” any drainage changes to allow water to be diverted away from the town centre, using the gardens as a “major land drain”.

"The more water that flows to the Square the more risk we have of closing major events or taking out the major assets that make this town attractive to visitors,” he said.

Mr Parker described the rate at which the water can rise in the Lower Gardens as “alarming”, adding that at its worst it becomes “as wide as the River Thames” and suggesting a “rapid reaction pump” is needed to help affected retailers.

Among others incidents, he cited the Valentine’s storm of 2014, the flooding on the first day of the Air Festival in August 2011 and the more recent tropical storm in July this year – which saw 25mm of rainfall in an hour and more than 4,000 lightning bolts across the county.

He added that "severe wet weather events" are "far more frequent than ever before".

“We are not subject to climate change – the climate has changed,” said Mr Parker.

Paul Ambrose, the council’s flooding and drainage manager, said Wessex Water is responsible for the public sewerage system but has no legal obligation to take any action, adding that the utility has limited resources.

“Someone has got to pay for it – that is the bottom line if you want it done,” said Mr Ambrose.

Chair of the Environment and Transport Overview and Scrutiny Panel, Cllr Mark Anderson, said the authority will be “constrained in terms of any immediate large scale things we can do”.

“It looks very unlikely that we’re going to be able to stop anything like this happening again in the near future,” he added.