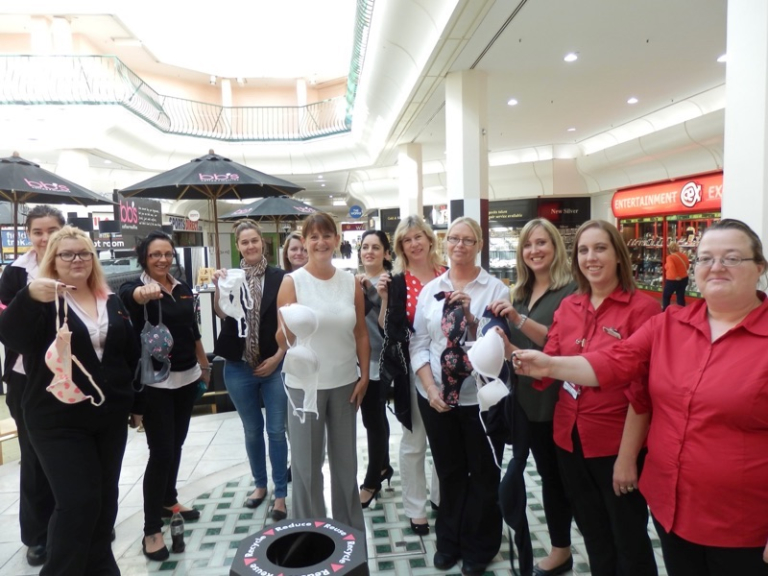 Don’t throw old bras away, bring them along to The Sovereign Centre and help raise funds for the Women’s Health Unit in the new Jigsaw Building.

In celebration of Breast Cancer Awareness Month that runs throughout October, (the banks will be in position until the end of January 2016) The Sovereign Centre in Boscombe is asking all ladies in the Bournemouth area to donate any unwanted bras to their new Bra Bank campaign which will help people and their families who have been affected by breast cancer.

Deputy Centre Manager of The Sovereign Centre, Gill Coussens, alongside ladies working within the stores at the shopping centre donated the very first bras to the bank to increase awareness of the initiative. The Bra Bank will help raise vital funds for the Women’s Health Unit in the new Jigsaw Building – a transformational upgrade to the Women’s Health & Cancer Unit at The Royal Bournemouth Hospital. All the bras will be weighed and £1 per kilo will be donated to the new unit.