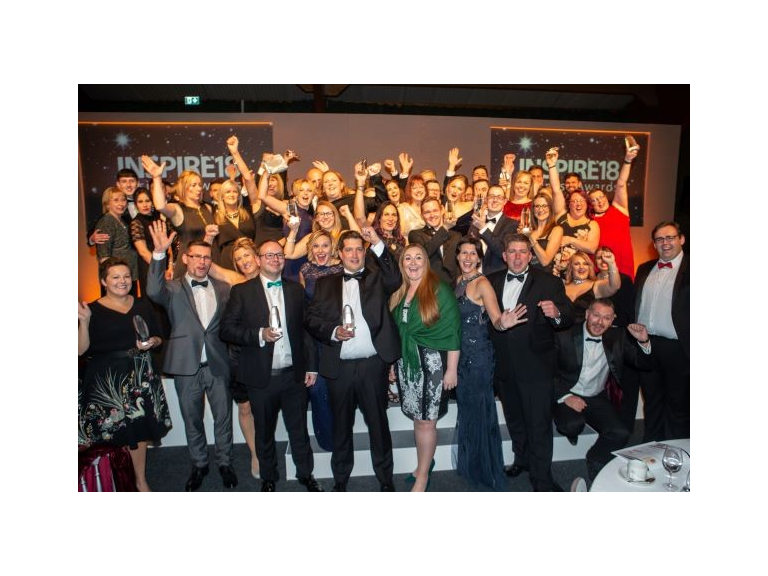 The coveted Inspire Business Awards took place at Hampshire Court Hotel with a spectacular awards ceremony attended by over 500 business people from across north Hampshire, winners were announced celebrating the very best of north Hampshire’s business success in 2018.

The annual awards programme, which is organised by Destination Basingstoke on behalf of sponsoring partners, received a record breaking number of entries over the summer, which were then shortlisted and the finalists visited by the judging panel during September and October heightening the anticipation for the announcements made at the November ceremony.

Winners and finalists came from all parts of north Hampshire from Andover to Aldershot and everywhere in between with the coveted ‘Business of the Year’ Award going to DCSL Software in Farnborough.