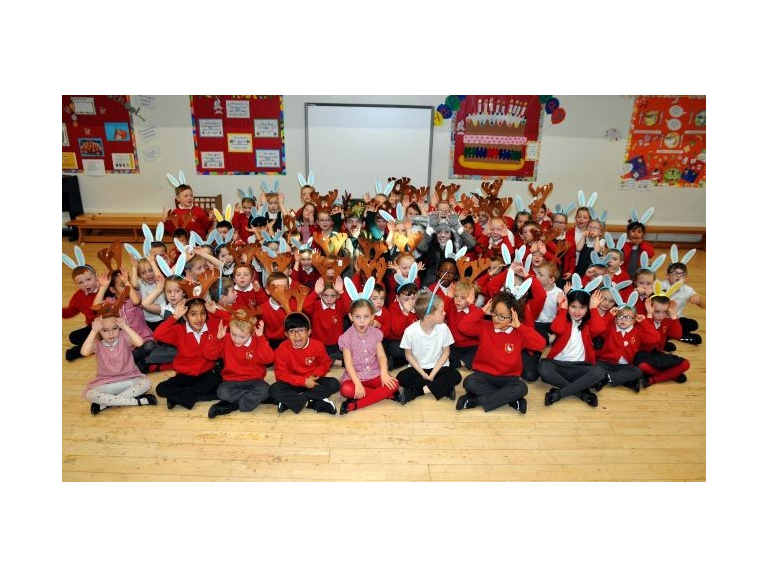 The pupils of Hatch Warren Infant School who were left disappointed after their much practised performance as part of the town’s Christmas Parade was not able to go ahead are in for a festive treat from a very unlikely source: The Grinch!

Chaos reigned as huge crowds descended on Festival Place and The Malls to watch the festive season get underway at Basingstoke’s launch party as this year’s pantomime star of Snow White, Dani Harmer, and her merry crew officially switched on the Christmas Lights.

However, what had been a highly anticipated event soon turned into disappointment for many as the children of Hatch Warren Infant School who had been due to perform were not able to and were instead left in an empty shop without any information about what was happening. Understandably many children and parents were left upset and frustrated about the way the evening was handled.

Neil Churchill, Centre Director at Festival Place explained what went wrong and has made a gesture to the school to make amends: “This year’s Festival Place Christmas was planned to have a new focus with a parade event followed by six weeks of fun from the lights switch-on through to 24 December. The Winter Woodland launch was incredibly well supported by the local community, but that did make the centre very busy and some planned elements of the parade couldn’t happen – safety is always a priority.

We were most disappointed that the children didn’t get to perform the routine they had worked hard on and are in touch with the headteacher to see how we can best make it up to them.”