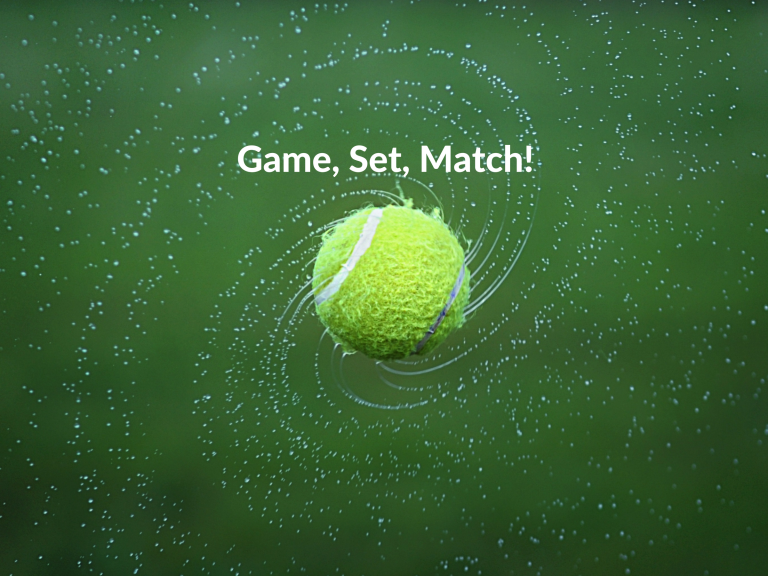 The oldest and most prestigious grand slam tennis tournament in the world, Wimbledon, is celebrating 140 years. The Great British menu joins in the celebrations with the nations top chefs paying tribute by cooking a special banquet for the 500th episode.

Started in 1868 at the All England Croquet Club, lawn tennis was devised by Major Walter Clopton Wingfield and the inaugural 1877 Wimbledon Championship started with one event - the gentlemens singles. Won by Spencer Gore from a field of 22 competitors and watched by about 200 spectators paying one shilling (5p) each to watch the final.

Ladies singles, mens doubles, ladies doubles and mixed doubles were added later, and the competitors dress code to only play in white has remained.

Until 1922 the reigning champion had to play only in the final against whoever had won through.

Wimbledon is now the only major tournament still played on grass. Taking place at the end of June and the early part of July, ending with the womens and mens singles finals.

No British man won the singles event at Wimbledon between Fred Perry in 1936 and Andy Murray in 2013. No British woman has won since Virginia Wade in 1977, although Anabel Croft and Laura Robson both won the girls championships in 1984 and 2008 respectively.

The People's Sunday arises when players are forced to play on the middle Sunday, which is usually a rest day, when bad weather delays match play. People can come on the day and pay a reduced price for the show court seats.

Over the years Wimbledon has changed. Courts have been added, new facilities and buildings and a retractable roof was built marking the first time that rain didn't stop play on centre court. The first match to be played entirely under the new roof took place between Andy Murray and Stanislas Wawrinka in 2009.

With so many matches played throughout the weeks there will be an edge of the seat match happening every day during the tournament.

If you want to have a go at playing tennis there are a number of courts and clubs around Basingstoke:

Stratton Park Free for public use