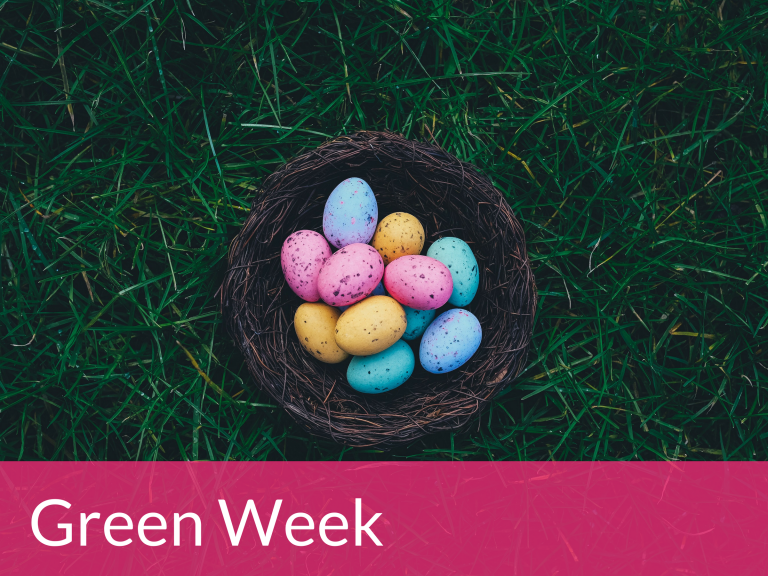 You might think that the Easter Bunny is a relatively recent invention, given that Easter has switched to more of a commercial holiday in recent decades. However, the Easter Bunny in fact has a rich, long history in European folklore, and ties in with why we have Easter eggs, too. You might be surprised that people have been celebrating Easter in a similar way to how we do today as far back as medieval times!

Easter eggs originated as actual eggs, dyed different colours, that people would eat to break the fast of Lent. Eggs had already been used in many different pagan celebrations of the coming of spring, but for Christians, they were a fitting symbol of Christ's emergence from the tomb and his resurrection. Since eggs were one of the many foods forbidden during Lent, people would take time to decorate them in different colours and patterns before eating them, a tradition which dates back as far as the 13th century.

Somewhere along the line, the Easter Bunny got mixed in with this tradition. Since Easter come at the Spring Equinox, and given the association of Easter with rebirth, it's not surprising that rabbits were chosen as a fitting symbol of fertility to be used at this time of year for pagans. Like the eggs, Christians eventually adopted this tradition for themselves, so that Easter gained a new meaning as a time when a rabbit laid eggs to hand out to children.

These traditions started out in Europe, more specifically in Germany, but became more popular when early immigrants to America brought their Easter practises along with them. Since then, the traditions of Easter eggs and the Easter Bunny have become popular all around the world, even in countries where Easter itself is not really celebrated.

So when you bite into your Easter eggs this year, just remember that you're following a centuries-long tradition that brings with it plenty of symbolism and significance. And for the chocoholics amongst you, just be glad that we no longer use real eggs!

Looking for something to this this Easter?

Have a look at our events page for some great ideas for days out.