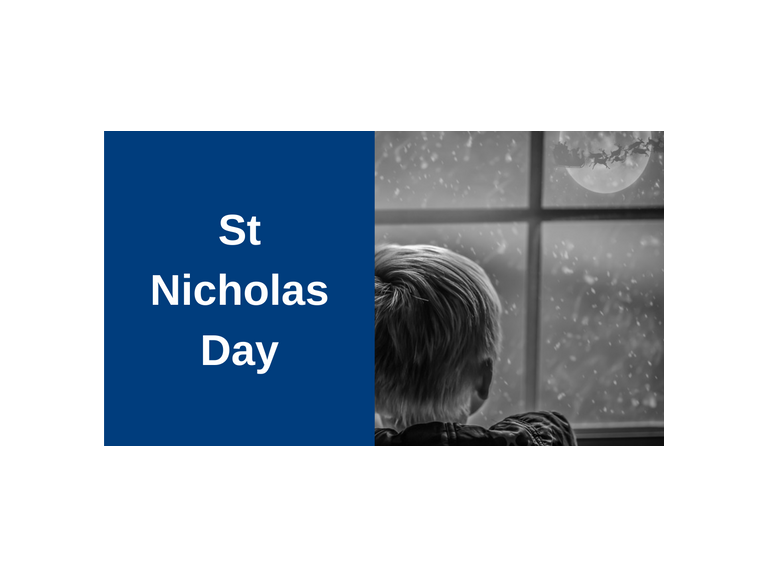 The true story of Santa Claus begins with the birth of Nicolas, born in Patara part of what is now Turkey, in the third century.

His wealthy parents brought him up as a devout Christian, but while Nicholas was still young he lost both his parents to an epidemic. After their death Nicholas used the whole of his inheritance to do the good works as preached by Jesus. He dedicated his life to serving god, and was known throughout his life for his generosity, love for children and concern for the safety of sailors and ships. Nicholas became Bishop of Myra, derived from myrrh, and died on the 6th December 343.

The anniversary of his death became a day of celebration, St Nicholas Day, reliving the many stories of his kindness and generosity, like dropping bags of gold coins down chimneys.

Nicholas' tomb in Myra became a popular pilgrimage and Nicholas had become a patron saint. But in 1087 sailors took the saints bones to Italy where a church was built over St Nicholas' crypt.

There were questions of whether Nicholas was a real person, but there is supporting evidence.

It's been a long journey from the forth century for St Nicholas, the bishop of Myra, who showed his devotion and extraordinary kindness to those in need, patron saint of children.

St Nicholas feast day has been kept alive with the simple gift-giving. Children leaving carrots and hay in their shoes for the saints horse. Replaced in the morning by small gifts and candles.

Restoring the true focus of Christmas - the birth of Jesus and keeping the balance in an ever increasing materialistic advent.