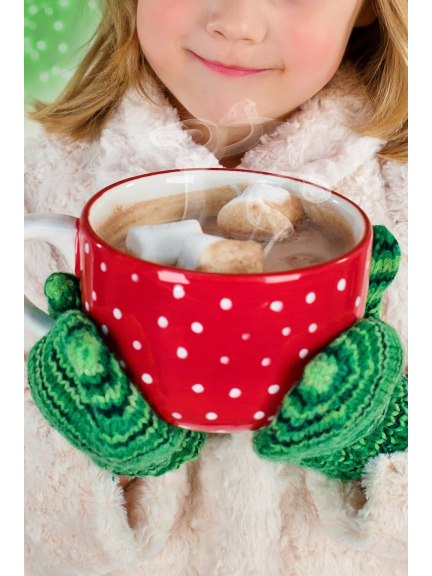 Warm-hearted pupils at Fairfields Primary School served up a sweet treat in a fundraising bid to support people sleeping on the borough’s streets this winter.

Parents and children enjoyed a delicious hot chocolate drink at the Basingstoke school on Tuesday 19 December, raising £125.70 for the Real Change, not Loose Change campaign.

The charity campaign, run by the Social Inclusion Partnership, is currently providing night shelter at local churches where homeless people can sleep in a bed, enjoy a hot meal and find support. Donations will also pay for a third day of opening at the Camrose Centre and safe storage for rough sleepers’ personal possessions.

The Year One to Six pupils wanted to do something positive to support the campaign and their school council decided that a fundraising hot chocolate sale was the best idea as “everybody likes chocolate.”

Deputy head Vicky Hopkins said: “The children were really moved by the thought that people are sleeping rough on the streets, especially in the cold weather, and they passionately wanted to help.

“They came up with a number of ideas but decided that a hot chocolate sale would raise the most money for the Real Change, not Loose Change campaign.

“We are very proud of the compassionate efforts made by our pupils and hope that their donation will help local homeless people this Christmas.”
Basingstoke and Deane Borough Council’s Deputy Leader and Chair of the Social Inclusion Partnership Cllr Terri Reid said: “Well done to the Fairfields pupils who came up with the brilliant fundraising idea of selling hot chocolate to parents at school pick-up time. The money raised from the event will really make a difference to our campaign.

“I encourage everyone to show their support by donating time, money or items, however small, as an alternative to giving directly to people on the streets.”

Look out for the Real Change, not Loose Change donation pots at many venues around the town centre. Alternatively, donate your spare change – or make a bigger donation this Christmas – to the campaign at  https://www.basingstoke.gov.uk/real-change