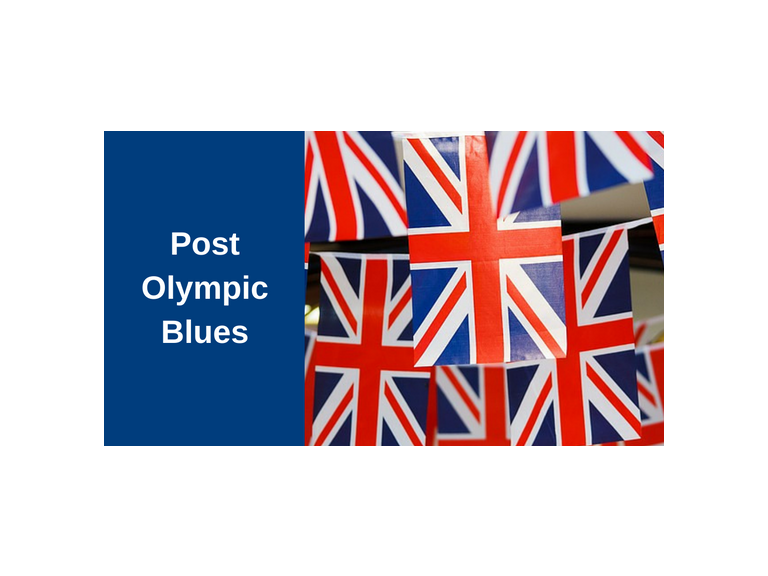 Didn't Great Britain do well? Second on the medal table and so many long term records broken.

We feel so proud of all our athletes and the goals they attained, so many great stories to tell and keeping us on the edge of our seats every day.

We were told it would be a more relaxed Olympics, not quite so traditional as Great Britain in 2012. With water turning green in the diving pool six reason to boo, it was a fun Olympics with the background music and a cameraman filling in time taking shots of the audience - who played their part.

The there was the "who is your Olympic body?" test. By giving your weight, height, date of birth and gender you could find out from a database of 10,000 athletes taking part in the Rio games who matched your personal details. They could be a wrestler, an archer or an equestrian? It's quite surprising.

In this Olympics we have been able to follow all the spots on catch up TV, Live if you could keep awake til the early hours, or the dedicated sports channel. A big thank you to technology! And also the lottery for giving the athletes the support and opportunities to train for their sport to the utmost of their ability. Wow! what results.

Sad too that it will be the last Olympics for some athletes.

Usain Bolt and Mo Farrah have mentioned that they could be retiring from the world of competitive athletics. They're going to be a hard act to follow, but with dedicated athletes like Amy Tinkler (Bronze medal gymnast) Great Britain has a great future.

If you've missed it we've got the amazing poem by Pam Ayres as a download for you to read.