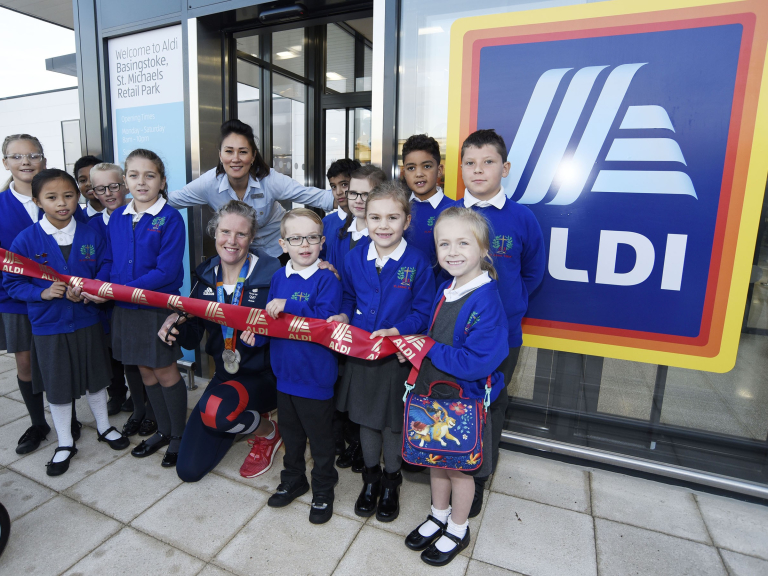 Aldi’s newest store was officially opened in Basingstoke by Olympic silver medallist Frances Houghton on Thursday morning, in front of a crowd of excited local shoppers.

After the celebrations Frances led an inspirational assembly for pupils and staff at St. Anne’s Primary School, talking to pupils about her Olympic journey and the important role that healthy eating played in her success. The visit came as part of Aldi’s ‘Get Set to Eat Fresh,’ initiative, which hopes to inspire 1.2 million schoolchildren to learn about the benefits of cooking fresh, healthy food.