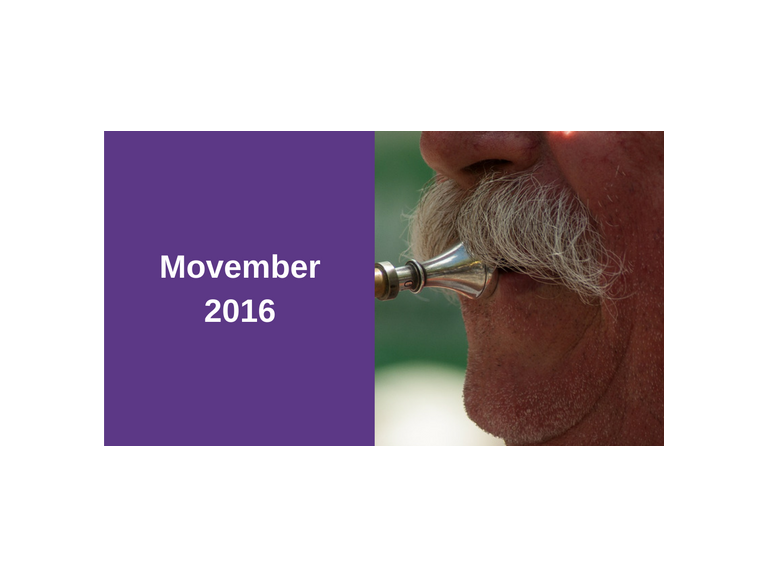 Movember is an annual event during the month of November involving the growing of moustaches to support charities. Movember is the Australian/English shortened word for moustache 'Mo' and 'November'.

Started by a group of Australian men in in 1999 it has grown into a nationwide event. In 2003 a further group bearing the Movember Foundation also from Australia, the only Charity supporting mens health on a world wide scale all year round.

Support has come in different ways such as:

Quantas painting a moustache and 'Movember.com' on the side of their aircraft (2011).

The Royal Mail created a special postmark of a moustache (2012).

Carlsberg beer made special beauty accessories to look after moustaches and beards (2015).

Well known stars, high profile athletes and dignitaries support the Movember foundation with putting meaning into the Mo. Among those are Mark Cavendish, Laura Whitmore, Dylan Hartley, Ben Miller, Gok Wan and Mark Foster who have all doned an illustrated Mo.

The Movember Foundation encourages both man and women to help raise funds by attending or running an event, taking part in a physical challenge or to grow a Mo. Money raised has already improved the way in which mens health issues are researched.

International Man of Movember will be chosen at the end of the month, with the winner being crowned and chosen to be the face of Movember for the year ahead. Each Man of Movember is voted for at their countires main gala party.

Well done to all who take part. There is so much more being done and can continue to go from strengh to strength thanks to your support.