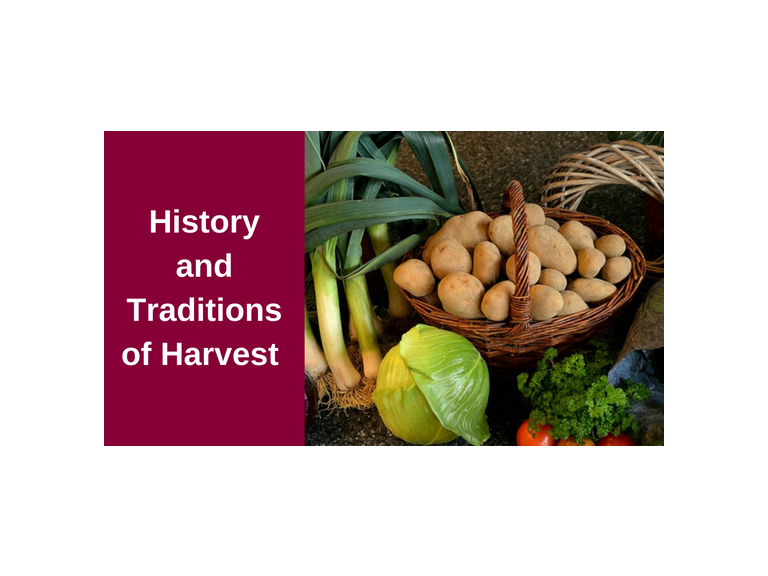 The harvest festival is a celebration held all around the world when each location reaches their main point or end of harvest; as a result of different climates, the times of year generally vary from one location to the next. On the whole, the festival sees families feasting on products that are drawn from crops at a time of year where they reach maturity. Although the US and Canada typically have Thanksgiving celebrations for their harvest, the UK gives thanks on the Sunday near or of the Harvest Moon and has done since pagan times.

Normally, this will be seen towards the end of September and there are a number of traditions that come along at this time of year. The word ‘harvest’ itself was taken from an Old English word meaning ‘Autumn’ which referred to a whole season of reaping and gathering grain. As the full moon closest to the autumnal equinox is called the Harvest Moon, we have gone on to hold festivities on or close to this day.

Early on, we would celebrate ‘Lammas’ which fell on August 1st where farmers made loaves of bread and handed them to the churches for a special service. Moving through the sixteenth century, reapers used to walk through town with a fully-laden cart asking passers-by for money which is where the famous phrase ‘hooky, hooky’ originated. However, we now hold harvest festival at the end of the harvest but the dates still vary. Often, churches will keep their thanksgiving ceremonies separated so people can attend one another’s ceremonies.

Another tradition that still stands is the Harvest Supper; here, all who helped in the harvest would be invited to the huge supper which signified the end of the harvest season. Over time, it came to be known that the person who cut the last corn was to have bad luck and so farmers would rush to not finish last. Although this tradition isn't as popular as it used to be, there are still a whole host of churches and villages that hold the Harvest Supper.

Over the years, we have relied upon home-grown produce less and less which has seen harvest celebrations change. Now, the festival is used as a tool to promote local producers and raise awareness for people in the developing world who struggle to grow their own crops. As we continue to rely on other countries for our produce, this theme will almost certainly carry on.

As well as traditions, there are also certain rituals that were performed at the beginning and end of each harvest such as a corn doll made from the last corn who stayed in place until the next spring, church bells on each day, a decorated horse for the last cart load, crying the neck ceremony, and more. As mentioned previously, these traditions have changed and slowly evaporated over time as we have relied less upon home-grown produce. However, there are still re-enactments and locations where the rituals still take place!