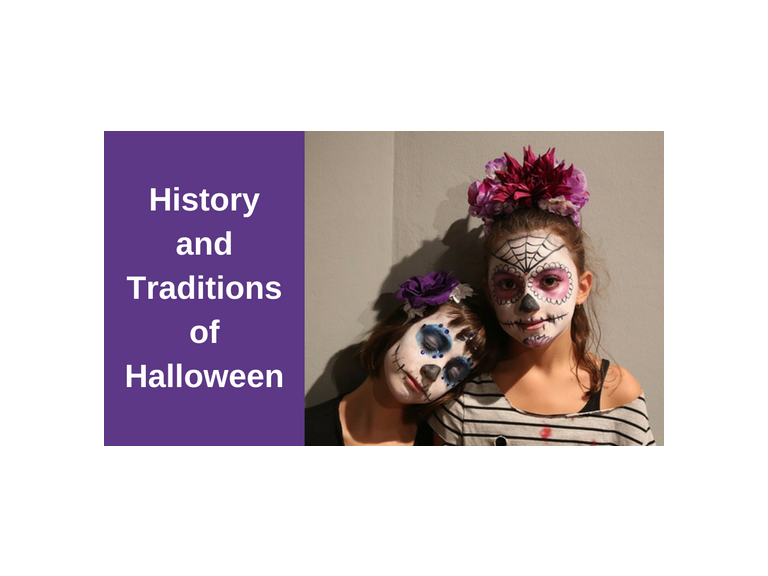 On the night of October 31st, the sun goes down and millions of adults and children walk around the country in fancy dress costumes in order to receive a trick or a treat. However, how did this start? Also, what other traditions can be found at halloween?

Ultimately, halloween can be dated back a long way. In pre-christian Celtic times, we were mainly a farming and agriculture population and Samhain was a festival that symbolised the boundary between the dead and the living. Even back then, people thought that the ghosts would revisit the mortal world for one night only - October 31st. After the Romans conquered Britain, many new traditions were added to the classics. In fact, bobbing for apples is a game that is believed to have come from the Romans.

After the Romans, we had the Saxons and the earlier Celts were somewhat pushed to the extreme edges of Britain. Soon after, the Christian religion started to take hold and the Celtic ‘way’ was quickly spreading inwards. Thanks to this, we then had the introduction of Christian holidays such as ‘All Saints Day’ which remembered those who died as a result of their beliefs. After previously taking place in May, Pope Gregory moved this ‘All Hallows’ Feast’ to the very beginning of November - the day after halloween night. Although he was attempting to remove the old festival, they became intertwined and October 31st became known as ‘All Hallows’ Eve’. Over time, this changed to ‘Hallow Eve’ and then to Hallowe’en where we sometimes lose the apostrophe.

As an evening where magic is at its strongest point and the dead can make contact, many traditions were born such as telling ghost stories, bobbing for apples became more prominent, and even carving spooky faces into vegetables like swede. After being emptied, these were filled with candles to ward off any evil spirits nearby. The use of pumpkins is actually relatively new compared to other traditions and, much like other traditions in recent times, it came from the United States.

With all this in mind, we haven't answered the first question which was regarding trick or treating. In truth, the notion of knocking door-to-door first started in the Middle Ages as the poor would dress up and look for food. Often, they would say that the food was on behalf of the dead and it came to be known as ‘souling’. Over time, songs were developed and this became ‘guising’ where poor children would beg for money and food. Just as with souling, a song or performance was demanded in return for a gift. After World War II, the sugar ration lifted and the US became the starting point for trick or treating. If no treats were given, children would vandalise the house as a ‘trick’. In the 1980s, the trend came to the UK and it has grown ever since. Although we don’t quite spend the $3 billion of the US, it has become more popular and stayed with us since the eighties.

There's lots going on locally for Halloween, find an event near you.