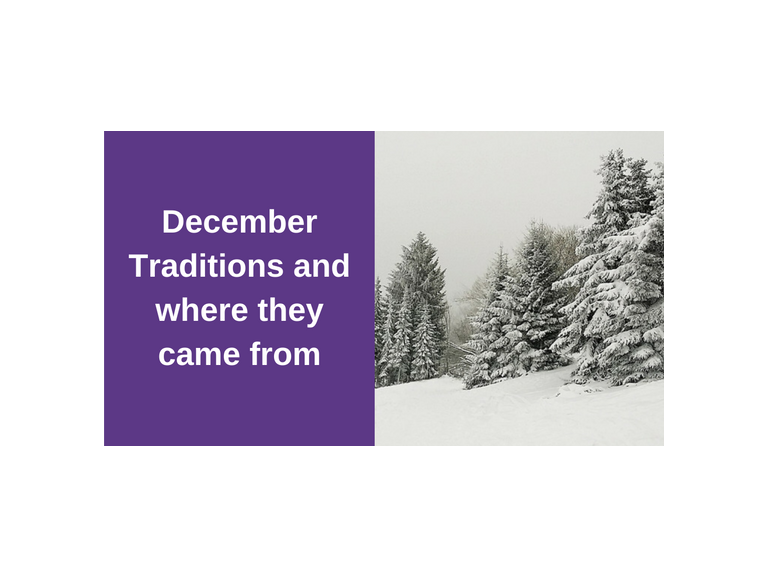 In the roman year December was the tenth month derived from the word 'decem' meaning ten.

The Anglo Saxons called it the winter month, or yule month, due to the custom of burning the yule log. It marked the beginning of winter when the weather changed.

Many of our Christmas customs began long before Jesus was born. They came from earlier festivals which had nothing to do with the Christian church. Celebrated in the mid-winter when the days were shorter and the sunlight weakest. They believed the festivals would give the sun back it's power.

Romans had the festival of Saturnaua on about December 25th. They decorated their homes with evergreens to remind them of Saturn, their harvest god. Some of these customs were continued by the early Christians.

However Christmas cards and crackers came from the Victorian era, and Father Christmas is believed to be from the story of St Nicholas. You can read more about him here.