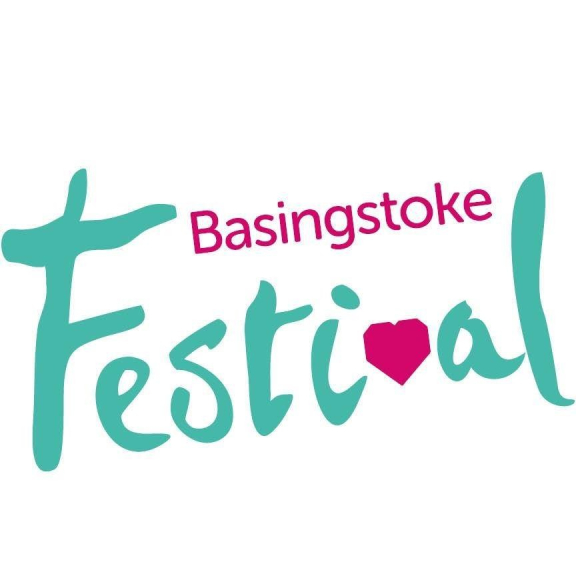 The countdown has begun - B LOVE will bring the best local live music and family entertainment to Basingstoke in less than two weeks’ time.

War Memorial Park will be home to an awesome music programme – including hip hop, grime, rock metal, reggae and more - across six stages, plus a full schedule of entertainment for younger festivalgoers, on Saturday 7 and Sunday 8 July.

Wilkinson’s top five chart hit Afterglow sold 500,000 copies and has gained almost 65 million YouTube views to date. See him perform his DJ set featuring MC Ad-Apt. Reef will play their hits including Put Your Hands On plus songs from their new album Revelation.

Day and weekend tickets for the festival can be booked now at www.blovemusic.com 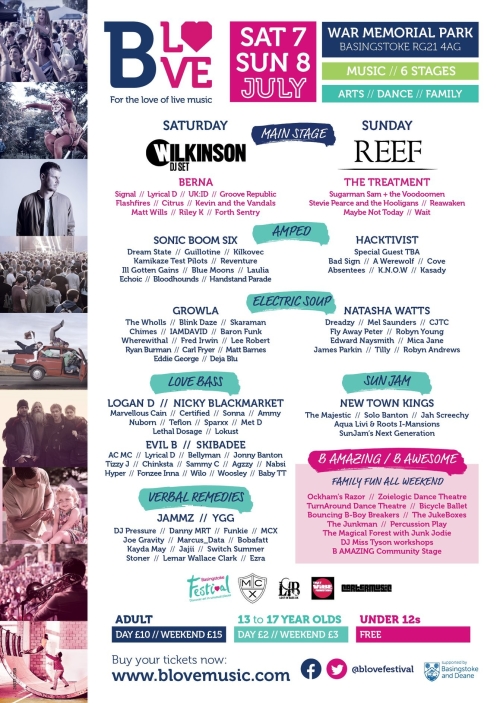 The programme of music for the event, which is supported by Basingstoke and Deane Borough Council, has been put together by the B LOVE Forum which has scheduled a sweet mix of top headliners and local talent.

Also performing on the Main Stage are Matt Wills and Forth Sentry, a four-piece (Piper, Matt, Harry and Adam) from The Rock Music Academy who are aged just 12-14 years-old and who love to re-create tracks from artists from Bruno Mars to Imagine Dragons.

The Amped Stage, headlined by Hacktivist and Sonic Boom Six and scheduled by Basingstoke’s RB Music, will provide a platform for the best rock and metal from the area. It will also host the last ever performance of well-known local act Kilkovec.

Over on the Love Bass stage, producer Lost In Bass UK has concocted an awesome line-up to conjure some block rocking beats including headliner mogul, promoter, selector and digital businessman Logan D, Nicky Blackmarket and Skibadee.

On Saturday, MCX’s Verbal Remedies stage showcases the very best in hip hop and grime including Jammz, YGG, DJ Pressure and Danny MART with Kayda May flying the flag for female rappers.

Sunday’s SunJam, headlined by ska/reggae collective New Town Kings, will bring sunshine music no matter the weather, including the very best in live reggae music from the next generation – 20 year-old Aiyesha Boyes – to legends of the scene (Solo Banton).

Younger festival goers will be entranced by Stanley the customised Ford Orion in Zoielogic’s amazing Ride, Ockham’s Razor’s Belly of the Whale (a giant semi-circular wood and steel see-saw) and storytelling, arts and crafts, face painting, music workshops and a percussion playground. A magical forest filled with nature activities, musical instrument making and much more will enchant those aged 12 and under.

The borough council’s Deputy Leader, who is responsible for art and culture, Cllr Terri Reid said: “This amazing line-up is the result of a lot of preparation by the B LOVE Forum which has ensured that home-grown performers will share the spotlight with established acts and new talent.

“The countdown is on – get your tickets now to avoid missing out and get ready to share the love of live music in Basingstoke.”