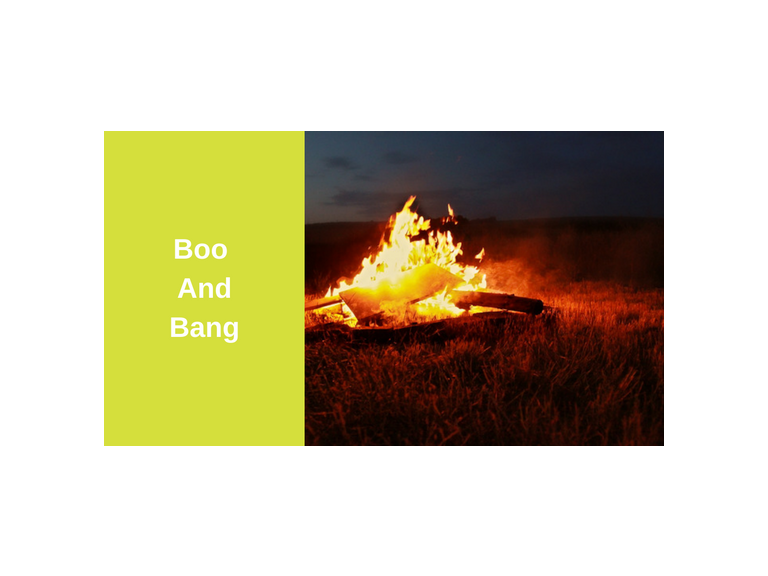 Are you ready for the ring of the bell or knock on the door of those who come to ask 'trick or treat'. Be prepared with a pot of sweets or novelties, you will find a group of children dressed in scary costumes.

Enter into the fun of Halloween, which came from the Samhain festival to mark the end of harvest and the beginning of winter. The evening before the Christian holy days, it was a time of celebration and superstition during the Celtic festival. People would light a bonfires and wear costumes to ward off evil spirits.

Apple bobbing and pumpkin carving were part of the tradition, but despite the bonfires Halloween is not the origin of firework night.

Traditionally Guy Fawkes night or bonfire night is commemorated for the failed gun powder plot of 1605. Families now enjoy fireworks let off in a safe environment as part of a large display, or with family and friends.

A large bonfire may be apart of the display with a effigy of Guy Fawkes sitting burning on the top.

The gunpowder plot as it's known was the failed attempt to assassinate King James I, a protestant. Guy Fawkes, an English Catholic, was chosen for his part as an expert in dealing with the gunpowder. The aim was to restore a Catholic king to the throne.

Thirty six barrels of gunpowder were placed below the House of Lords in Westminster, London. Just before the opening of Parliament on November 5, 1605. An anonymous letter handed in to the authorities gave up Guy Fawkes and foiled the plot.