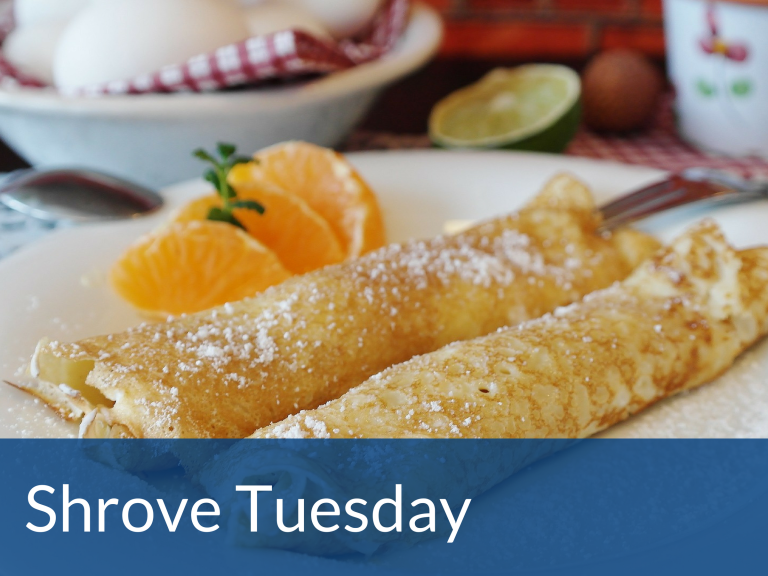 With Shrove Tuesday, or Pancake Day rapidly approaching, we figured that it was high time that we start to share a little bit about the day. For many people, this day is just about eating pancakes. That is fine. Pancakes are delicious. However, it is worth noting that there is a much deeper meaning to pancake day, and a lot of that is rooted in the history of the British Isles.

The Basic History of Pancake Day

Pancake Day is the feast day before Lent starts on Ash Wednesday. The Wednesday is exactly 40 days before Easter. The date changes each year. Back in Anglo-Saxon times, Christians would head to confession. Before confession, a bell would be rung that summoned people to church. Over the years, this became known as the ‘Pancake Bell’. If you live near a church on Shrove Tuesday, then you will probably still hear the bells being rung!

So, how did we come to eat pancakes on this day? Well, on Wednesday, everybody would be embarking on a fast for Lent. This means that perishable items, such as eggs and fat, needed to be consumed. So, that is what the Anglo-Saxons did. They probably baked a lot around this time, but the humble pancake was probably one of the simplest dishes that they could concoct.

There is also some evidence that people regarded each component of the pancake as something related to that time of the year. Eggs symbolise creation. Flour symbolizes life. Milk symbolises purity, and salt symbolises wholesomeness.

Other Traditions related to Pancake Day

In some parts of the United Kingdom, pancake races are held. This is where people will race up and down streets, tossing pancakes as they go. The frying pan will be cooking the pancake as you run. You have to win, while cooking your pancake. This is not a new tradition either. One of the most popular pancake races happens in Olney. Legend says that in 1445, a woman heard the Pancake Bell ring while she was cooking her pancakes. She then raced up the road to confession, while still cooking her pancake!

Other traditions occur throughout the UK, some of which are related to pancakes, others not. For example; there is a school in London which tosses pancakes over a bar. The boys at the school then rush to get the pancake. Whoever grabs the biggest piece gets some cash. Others just play football on the road (big games!) and some skip (Scarborough), but nobody really knows the origin of that.

How to make pancakes

Let’s wrap up by talking about actually making the pancakes! Let’s assume that you are going to make eight pancakes. For that, you will need:

Mix everything up into a smooth batter. You will want to leave it to stand for thirty minutes. After thirty minutes, heat some oil up in the pan. Once it is sizzling, add a thin layer of batter. Wait for the base of the pancake to start browning. Once it has, flip it over.

You can serve the pancake with whatever you want, but in the UK it is traditional to add one of the following (or multiple ones!)