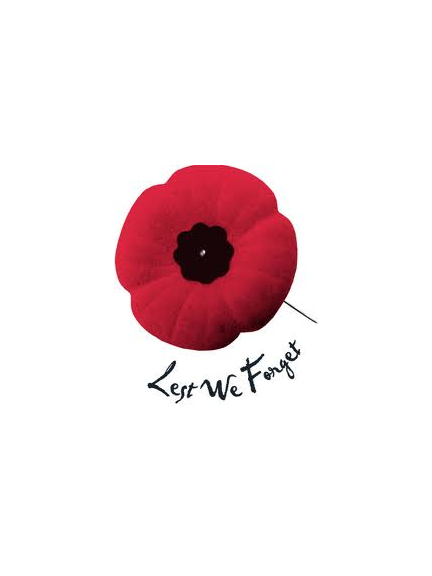 Remembrance Day, or Armistice Day, marks the end of World War 1 in 1918. Hostilities officially ceased on June 28th 1919 with the signing of the Treaty of Versailles but the 11th November is when the Armistice – or the agreement that ended the fighting after four terrible years – was signed, and came into effect on 11am on the 11th November.

Every year since, we come together to say thank you to those who lost their lives during the war, and remember the sacrifice they made to us all.  Services of Remembrance are held in churches or at War Memorials and it’s traditional to wear a poppy,  symbolising both the flowering battlefields of Flanders and the blood spilt during the war. Poppies are sold locally and all monies raised help the British Legion continue its invaluable work looking after ex-service personnel. And with wars still raging in Iraq and Afghanistan where our troops are killed in action, the poppy’s relevance is greater than ever.

Most services hold a two-minute silence at 11am, after the Last Post has been played on a Bugle. This evocative piece of music was used to signal the end of the day’s fighting in warfare and marks the time the guns fell silent for the last time.

And if you’d like to show your respect for the fallen in Wrexham, and wear your poppy with pride, there’s a service at the RWF Memorial, Bodhyfryd starting at 10.55 am.   Local Parish churches around the Borough will have services too, and will post details on their notice boards.

However you choose to honour our war dead, remember them with respect and pride. Without them, who knows how different our lives would be. And although we can never experience the unimaginable horror the soldiers must have gone through, we can try and understand through Wilfred Owen’s poems.  Owen was an Infantry man during the war, who wrote poems about his experiences.

I’ll leave you with an extract from his Dulce et Decorum Est:

“Gas! GAS! Quick, boys!--An ecstasy of fumbling
Fitting the clumsy helmets just in time,
But someone still was yelling out and stumbling
And flound'ring like a man in fire or lime.--
Dim through the misty panes and thick green light,
As under a green sea, I saw him drowning.”