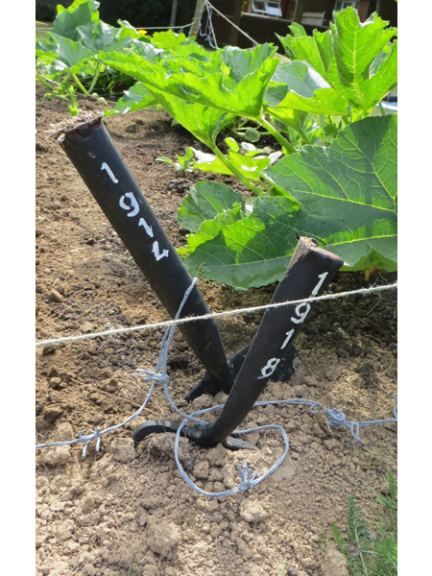 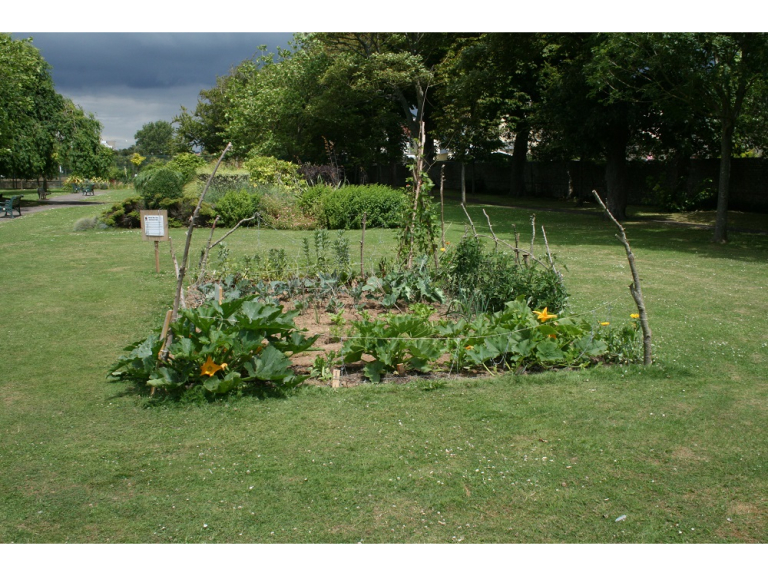 Allotments during WW1 were a mainstay for families as a means to put food on the table.

As food supplies became short in Britain, caused by supply ships being sunk in the Atlantic by the German U Boat campaign, the British public were encouraged to dig up their gardens and plant food.

As part of a national initiative to commemorate the centenary of the outbreak of the Great War, and in collaboration with Worthing Allotment Management, a variety of vegetables were planted in a two specially created WW1 vegetable beds, one in Highdown Gardens and the other in Beach House Park.

The vegetables planted are all heritage seed varieties that would have been available in 1914 and include runner beans, kidney beans, marrows, pumpkins, courgettes, lettuce, radish, beetroot, parsley, leeks and tomatoes. Potatoes would have been grown too but there wasn’t room in the beds!  Many of these types of veg are still popular and cultivated today.

Paul Eustice, Secretary of Worthing Allotment Management, says: “The first year must have been difficult for them back in those days. The earth underneath the old grass was sticky clay and not ideal for the seeds. But, with a little effort, it is always possible to grow something edible. Many passersby have been interested to watch the crops slowly develop over this summer. It has certainly been a talking point, but I wonder how many appreciate the vital importance of such plots when it might be all you have to eat during difficult times. Anyone have a recipe for marrow cake?”

To reflect the troubled times, the two allotments are surrounded by barbed wire, but don't worry as it isn’t real, it was specially created by Worthing’s Creative Waves, led by Nadia Chalk and Vanessa Breen. Nadia says: “The ‘barbed wire’ was inspired by Worthing’s Wayne Batchelor who dug a WW1 trench in his back garden. We ran an art class at Shoreham Fort where students made the 'wire' out of normal string which is twisted, knotted, dipped in PVA glue, painted and left out to dry. But the batch for the allotments came from a local lady who likes to contribute to our community projects.

“We have created Worthing’s WW1 Discovery Trail - and the first stop on the trail is the allotment in Beach House Park. Visit www.creativewaves.co.uk for details.”

As food shortages got worse towards the end of the war, people started to hoard food, causing a shortage which led to parks providing additional allotments, especially in large cities such as Birmingham and Liverpool. It is thought that Worthing was reasonably lucky as it was already a major centre for commercial vegetable growing.

Having your own allotments remain popular today, in fact so much so that here in Worthing has a waiting list of several hundred!

Councils in Worthing
To see the businesses in our Councils section, please click here.
Latest Articles