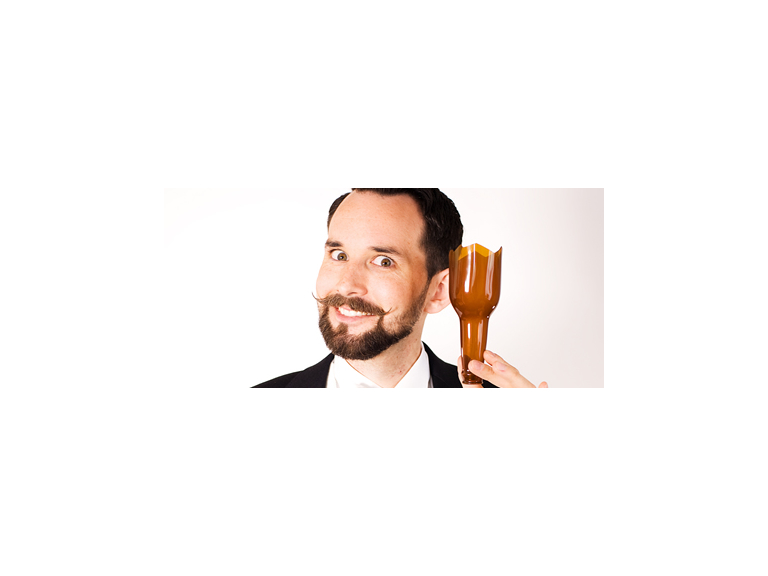 The 26th of September will see The Connaught Theatre’s stage graced with the alluring presence of comedian and Behaviourist, Jez Rose.

Having previously worked with some of Britain’s most loved comedians such as Alan Carr, James Corden and even Gandalf himself, Sir Ian McKellan, audience members are certainly in for a unique and eventful evening.

Jez, who has been described as the lovechild of Kenneth Williams and Russell Brand, can guarantee a one-off experience - perfect for those who are mesmerised by the likes of Derren Brown or Sherlock Holmes.

Be prepared for mind tricks, side-splitting hysterics and, as bizarre as it may sound, shuffling to the edge of your seat whilst he plays a game of Russian roulette with a glass bottle

The Behaviourist is the mastermind behind his own company, The Behaviour Expert, which deals with changing behaviour in companies and organisations around the world. Jez uses his expert knowledge and steadfast wit to engage his subjects and guarantee a positive end result.

He is also the favourite entertainer of his clients, which include Xerox, Volkswagen and Lloyds TSB, with his After Dinner Cabaret Act.

And now Worthing is lucky enough to have this inimitable character, (who has previously been seen on BBC1, ITV, the Discovery Channel and Channel 4), for one night only with his hit-show, Oh, Behave!

Jez explains that the show uses playful audience participation, comedy and behaviour tricks to both amaze and bewilder the otherwise naïve spectators.

Using his own expertise in human behaviour and the quirks that come with it, Jez will be able to reveal personal details of volunteers, predict choices that his audience will make and influence their decisions without them even knowing.

Jez Rose is an award-winning leading behaviourist working worldwide and a preferred supplier of many organisations. As The Behaviour Expert he creates training programs and presentations for some of the largest global brands. His refreshing and intelligent blend of comedy and entertaining demonstrations of human behaviour have earned him invitations to perform around the world.