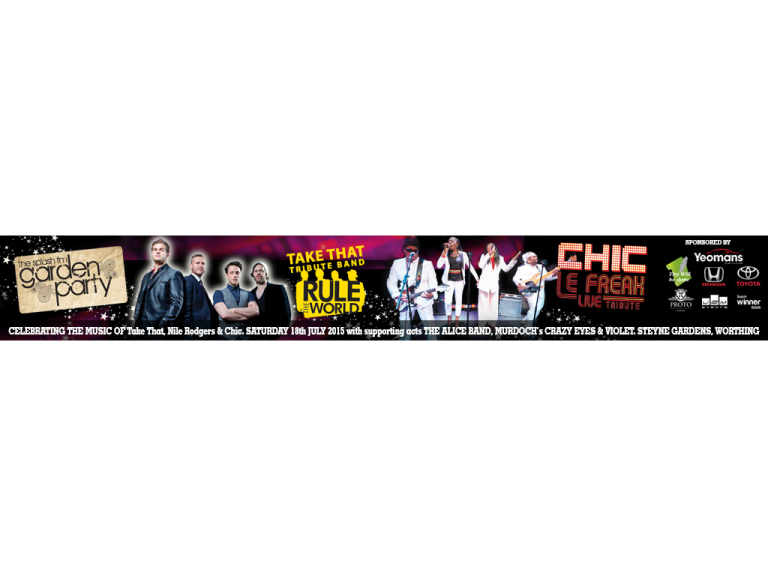 Tickets bought "at the gate in steyne gardens" as they walk in will be £12.50

On the bill this year…

Chic Le Freak (tribute to the music of Nile Rodgers and Chic) six piece live band. This band have worked with some of the soul greats including ChakaKhan, The Jacksons and Kathy Sledge (of Sister Sledge). Disco classics written or produced by Nile Rodgers by Chic, Sister Sledge, Diana Ross, Madonna and many more will feature in this amazing show.

ruleRule the World (four-piece Take That tribute with live backing band) are the UK’s top tribute to Take That. Don’t take our word for it, see what Gary, Mark and Howard have to say when they met up on the Graham Norton Show (BBC1). See here:

Rule The World will faithfully recreate Take That’s amazing catalogue of hits, from Relight My Fire, It Only Takes A Minute, A Million Love Songs, Could It Be Magic, Pray, Back For Good, Patience, Shine, Rule The World, Greatest Day and The Flood to name a few!

For more info about this years Garden Party CLICK HERE