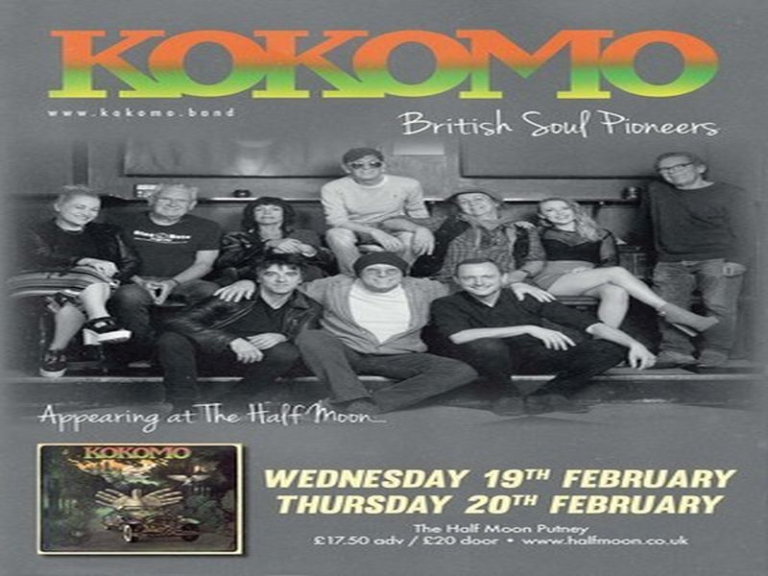 One of the 70's most revered and respected British Soul pioneers - KOKOMO have reunited to perform some special dates - featuring 7 legendary members.

Kokomo's 1975 debut album is considered a classic among collectors, whilst the band's reputation as one of the finest 'groove' units ever to come out of this country remains largely intact.

Kokomo was never shackled to the traditional soul/RandB club circuit. Rather, the band launched onto the U.K. pub rock scene where their loose-limbed funk workouts were in an absolute class of their own and they took London by storm!

In early 1975, taken on by manager Steve O'Rourke's (also Pink Floyd's manager), Kokomo finally broke out of the pubs and the band joined the seminal 'Naughty Rhythms' tour alongside Dr. Feelgood and Chilli Willie and the Red Hot Peppers. CBS was similarly enamoured, signing Kokomo and issuing the band's self-titled debut album that summer. Bob Dylan, who was signed to the same label, also admired the group - when Kokomo visited New York that July to launch their album in America, Dylan recruited them to the early sessions for his forthcoming 'Desire' album.