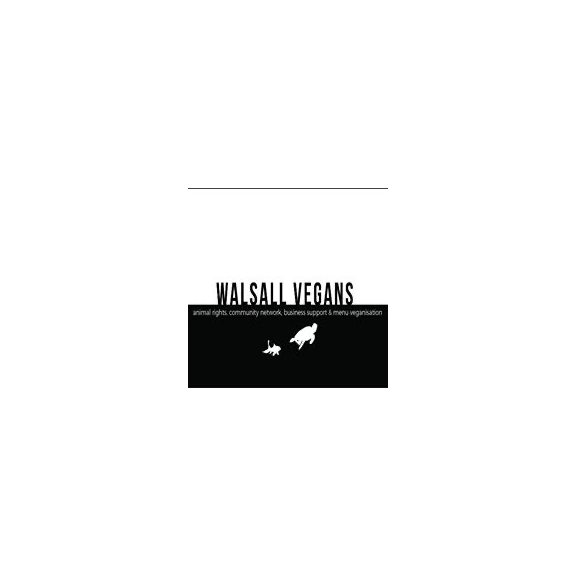 Anonymous for the voiceless (AV) is an Animal Rights organisation that started on 2016 Melbourne Australia. They hold actions called: The Cube of Truth where activists stand in a cube wearing a Guy Fawkes mask, half of the participants hold laptops with undercover footage from the local Animal Agriculture industry while other participants hold signs and also talk to the public,

It is a peaceful static demonstration akin to an art performance. This demonstration operates in a structured manner that triggers curiosity and interest from the public; we attempt to lead bystanders to a vegan conclusion through a combination of local standard practice animal exploitation footage and conversations with a value-based sales approach.

These actions are inspired by a UK movement called the Earthlings Experience. There are now over 800 chapters across the globe with Walsall now joining the 9,600 demos that happen a year!

To celebrate World Vegan Month Walsall will be holding its first AV event organised by Walsall Animal Action in Conjunction with Walsall Vegans. Walsall Vegans Founder Ammindeep Singh said he was delighted that the local vegan scene has gone from strength to strength and is quickly being recognised as a respectable and peaceful organisation that gets results. The group started off with a handful of people to keep in contact with each other in April 2017 now boasts 560 members!

The group has been very influential on the Vegan Activism scene organising events, actions and groups such as End Trophy Hunting, Walsall Animal Action and Burntwood Animal Save. They have had many successes already in such a short period of time.

They have worked with national organisations such as The Save Movement, Viva, PeTA, Meat The Victims, Friends Not Food to name just a few!

They also hold outreach event every month where they hand out free food samples, information and give advice on how to lead a vegan lifestyle.

All organisations named above take an abolitionist approach to Animal Rights i.e. they campaign to end animal exploitation not have better living conditions for those being exploited.

Walsall Vegans say the area is one of the thriving places to be vegan and is leading the way forward in Animal Rights, Climate Change and future business growth of the ever expanding Plant Based Market.

Bloxwich Girl Puts Walsall On The Map In America