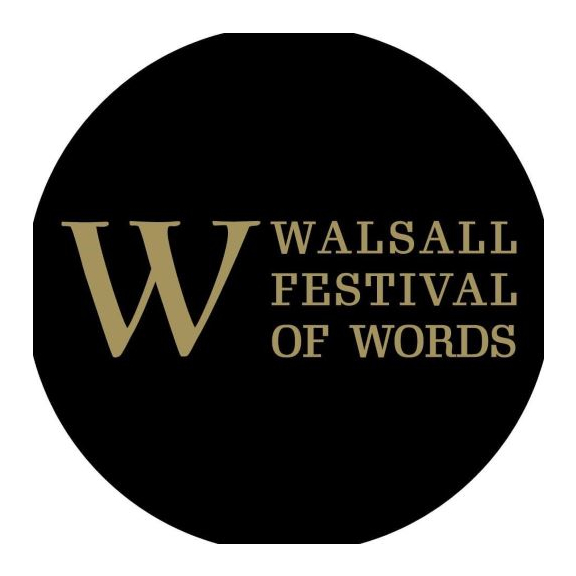 The Walsall Festival of Words takes place at a variety of venues across Walsall between 8 - 9th June and promises to be a smorgasboard of free entertainment for all the family including spoken word, storytelling, workshops and music.

Walsall Poet Laureate and playwright Ian Henery is proud to be part of the line-up of Walsall Festival of Words at Shimla Peppers Bar and Restaurant, 91 - 92  Ablewell Street in Walsall.

He was commissioned to write a trilogy of plays for China West Midlands which commenced with "The Chinese Labour Corps", set at the time of the First World War and featured in a successful week-long run at The Blue Orange Theatre in Birmingham.

The play was part of the Wolverhampton Literature Festival and Chinese New Year Festival Online 2022.  "The Chinese Labour Corps" was funded by Arts Council England.

The second play in the trilogy, "Coming to Birmingham: Making of a Modern City", has a timeline set in the 1940s/50s and features two families who migrated to Birmingham from Hong Kong and Singapore.  Performances of readings from the play will take place at the Walsall Festival of Words on 8th June and thereafter in July for the Radio Public Festival in Dudley and the Black Country Festival.

On 8th June there will be a performance of a section of the play at Shimla Peppers Bar and Restaurant followed by a short performance by A Comedy Theatre Group."   A Comedy Theatre Group are also  presenting two plays in June at Red By Night - "Gotta Get Away" on Monday 13th & Tuesday 14th June and "Strange Encounters of a Social Kind" on Monday 20th and Tuesday 21st June.

Plans for new Aldridge Station unlocked following Government backing
Sign up for offers
Sign up for what's on guide
Become an author
Popular Categories
By clicking 'ACCEPT', you agree to the storing of cookies on your device to enhance site navigation, analyse site usage, and assist in our marketing efforts.
For more information on how we use cookies, please see our Cookie Policy.