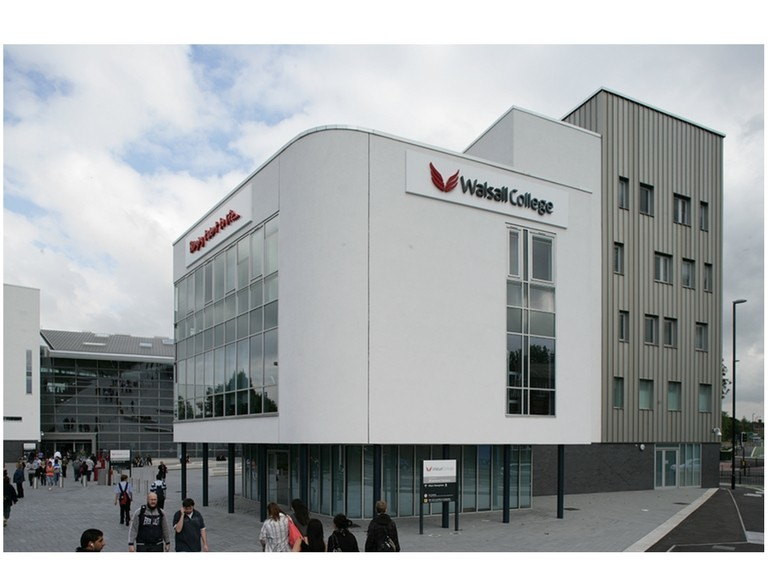 The FE Week Annual Apprenticeship Conference (AAC) is one of the most prestigious events amongst colleges and employers. The conference, which is in its fourth year, celebrates and honours the very best in Apprenticeship provision.

Those shortlisted were recognised at a glittering reception at the House of Commons, which took place on 5th March - the start of National Apprenticeship Week.

Regional winners were announced for the ‘apprenticeship employer’, ‘apprenticeship provider’ and ‘promoting apprenticeships campaign' categories. The winners will now head to the national finals on 22nd March at a National Awards Dinner at the conference in Birmingham.

The awards recognise apprenticeship employers and training providers who have excelled in contributing to the development and delivery of apprenticeship programmes in the UK.

Walsall College currently offers over 40 apprenticeship frameworks/standards and has over 2000 apprentices enrolled on its programmes from level 2 (equivalent to GCSE) to level 6 (Degree) apprenticeships.

James Norris, Assistant Principal for Commercial Development at Walsall College, commented: “It’s an honour to be the regional winner of the ‘Apprenticeship Provider of the Year’ award. As one of the largest providers of 16-18 apprenticeship training in the West Midlands, our apprenticeship provision is something we are very proud of.

Winning the award is a testament to the amazing work our apprenticeship team do in ensuring that the right candidates are matched with the right vacancies, so they go on to become valued employees within the organisation.”

If you are an employer interested in taking on apprentices within your business or a student looking for an apprenticeship, contact our experienced Apprenticeship Team in The Job Shop on 01922 651129 or email jobshop@walsallcollege.ac.uk

How to get rid of mould in Walsall.

The benefits of an operated vending machine service for your business.
Sign up for offers
Sign up for what's on guide
Become an author
Popular Categories
By clicking 'ACCEPT', you agree to the storing of cookies on your device to enhance site navigation, analyse site usage, and assist in our marketing efforts.
For more information on how we use cookies, please see our Cookie Policy.