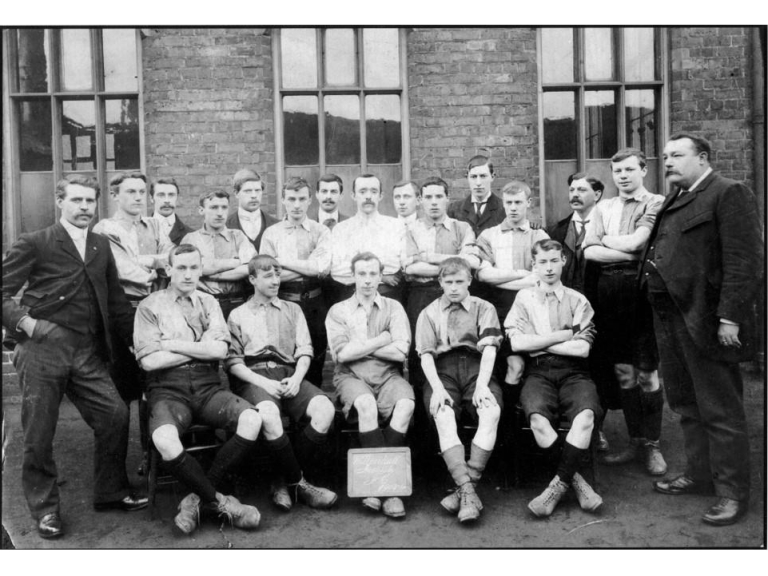 Hello again. I hope you are all feeling a little better as we see longer days, a little more sunshine and the harnessing of the pandemic. Life has been like one of those old 'pea-souper' fogs that we suffered back in the 1950's when vehicles had to travel at walking pace and car drivers found that their homes had new occupants until they realized they had pulled on to the wrong drive. All good fun for us kids who got sent home early from school if thick fog threatened. Happy days.

This month I want to update you on some appeals we have made and seek your help again on others.. You will perhaps recall  I did a bit about H.M.S. Lavender, a flower class corvette that Willenhall adopted during W.W.2 and in it mentioned that a lady named Doreen Lewis recalled that at her school, Albion Rd Senior, they knitted clothing etc for a ship called H.M.S.Bandit which I established was a naval tugboat but could find no connection to Willenhall. Well, a response to this came directly from one of our society members Jean Brindley, who confirmed Doreens account and recalls the Headmistress, Miss Pepper, reading out the letters of thanks from the captain and crew of H.M.S. Bandit. Jean is one of our longest serving members and has a brain with immediate recall.

Also  I asked if anyone could help a lady on the Summer Hayes estate who had a cine film projector but did not know how to work it and wanted to see her old family films from the 1960's. Almost immediately I had a response from Stan Davis who lived only around the corner and he is sorting this out. Stan and his wife are regular visitors to our society and now I know he has cine-film skills I'm sure we can seek his advice in future.   Next we have a request for help from Paul  Humphries who has forwarded a copy of a photograph of a football team taken in 1903/4 showing his grandfather Percy Shipton (seated centre) with a his team-mates from what the board says is Willenhall Insitute. Since most institutes where of an educational nature Paul is hopeful of someone being able shed to a little light on which institute this might be.  If you can help, please let us know and I will pass on to Paul.

Next appeal came from Peter Allen who like most these days is gathering family history and asked if we could tell him where Union Passage was in the mid 1800's. Easy I thought, got to be the alleyway linking Wood St and Union St but not so. Over to our intrepid archivist Jackie Read who after a considerable amount of research established that this was only an alleyway running parallel to John St and now occupied by the old post-office. Seems Jackie used the census returns and somehow established the route taken by the enumerator on his visits. Although the location made the census it was presumably not important enough to warrant putting on  any maps.

We now have an appeal by Maria Redmond who is trying to establish the location of the address given by her great grandfather on the occasion of his wedding on Xmas Day 1919. Records show that he married from 4 Garden Lane, presumably Willenhall, but we have been unable to find this on any of our maps or census. It may be a miss-spelling but if you can help get in touch. The marriage was at St Stephens Church, Willenhall but the bride had strong connections to the Lane Head Methodist Church so this may be the area where he lived.

We love to get old photo's and have been pleased with a number sent to us by Peter Evans whose uncle Tony Banks owned the lock firm of J. Banks & Co Ltd in Wood St. Probably taken in the 1940's or 50's they show some of the workers, with some taken from the rooftop and suggesting bomb damage. It's a pity that we are unable to show you these pictures, like many others in our collection but there is not enough room but they are now in our archives for future viewing. Like so many other firms war brought out the need for other items and industry stepped forward. In this case the firm made bullet-proof vests during W.W.1 and they proved effective with test firings at close range from  a .455 service revolver.

They were not standard issue so you had to buy your own. For front protection only they cost £2-7s-6p in old money, (£2-371/2p in new money.) For both front and back protection the cost was 80shillings which is £4 in both currencies. I suppose you could always tell the ones with only front protection as in a retreat they would be running very fast backwards. Some might take exception to this joke but think about it, if there was one thing that kept our troops cheerful it was a sense of humour.

Finally I have this week received an e mail from a former pupil of the Willenhall Comprehensive School who moved to Norway in 1973. He is researching the school which he attended from 1957 to 1962 and we are helping to supplement what information he already has. If you can help with this research then please let us have any information for forwarding so we can build up our archive and pass this on to Norway. What is confusing is the fact that next to the Comprehensive was a Catholic School that seems to have had the names of Francis Leveson and St. Thomas Moore. All very confusing and in need of clarifying. At this point the enquirer wishes to remain anonymous. Is he a tax exile?

If you can help with this research then please email the enquirer directly on msta-wea@online.no.

It only remains for me to say that we hope to restart our meetings this summer and I am hoping perhaps, August.