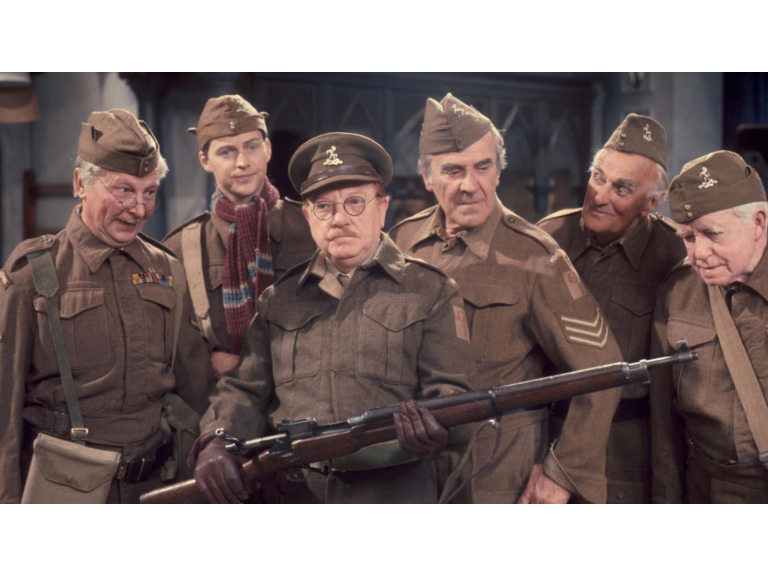 So far we have cancelled meetings until next January and hope that by then we can put a programme together for next year, but don't hold your breath. If you google Willenhall History Society in the intervening weeks you will find out what is happening. E mail inquires have been low and like so many of you I have spent a lot of time just watching T.V. and still find myself laughing at the much repeated episodes of Dads Army ( 9 series, 80 episodes from 1968 - 77 and 18 million viewers incidentally ).


Well, now we've seen the funny side of the Home Guard what of the reality? My interest was stimulated when Margaret O'Callahan of the Willenhall Music Society passed to me a lovely photo of 33 Platoon, 'D' Company, 26th Battalion, South Staffs Home Guard, based at the factory of H.G.Smith (Steel Fabrications) then situated in St.Annes Rd, Willenhall.      The Battalion was formed to defend the areas of Willenhall and Wednesfield. The photo portray's 15 members of the platoon who have all added their signatures and the platoon leader and company director Herbert Smith is seated centre. It is dated 1944 and probably taken just as the Home Guard was stood down. The donor of this fine picture is Herbert Smiths grandson David to whom we are most grateful.

Researching the Home Guard was both enlightening and a real pleasure. It was set up in May 1940 when the then Secretary of State Anthony Eden made a radio broadcast to the nation appealing for what were originally called Local Defence Volunteers, later to become the Home Guard.This was aimed at men between 18 and 65 who were not on active service and in the first week 1/4 million men signed up. The aim was to form a melisia that could be trained to defend us from invaders and some of the training methods incorporated what had been learned from the Spanish Civil War and the I.R.A. The tasks of the Home Guard were quite varied such as defending factories and important installations but they were also on the lookout for 5th columnist being parachuted in at the start of an invasion and the operation of anti-aircraft batteries.

During the war church bells remained silent and would not be rung again until any invasion started and the code-word used to indicate that this was imminent was 'Cromwell' which changed to 'Oliver' when it clearly was happening. One means of defence was Churchill's  Auxiliary Units that involved 600 small groups of men, including Home Guard members, that would hide in underground bunkers ready to resurface after the German forces had passed over them and attack them from behind. They were expected to survive for perhaps only 2 weeks. Gamekeepers and similar were chosen for this job. Also the Home Guard had to find un-exploded bombs which claimed some of their lives and in fact a total of 1206 men where killed performing their duties. The Home Guard, like all other soldiers defending us had one instruction uppermost in mind and this was 'Take no prisoners. Kill all invaders'.

Compared to other larger towns and cities Willenhall's war could be described as fairly quiet and you can't help wondering what the outcome would have been if an invasion had happened and how the Home Guard would have acquitted themselves. Particularly 33 Platoon. You may think we don't know, but an event 4 years after the war ended gives us a very strong indication.

On Saturday the 6th August, 1949, Herbert Smith was on holiday with his family in Newquay, Cornwall and saw a woman swimmer in difficulties in what was described as a rough sea. He reacted to the situation and went in  to help her. The outcome of his brave actions are well recorded here in a report in the Staffordshire  Advertiser the following week.

I feel that the conclusion that can be drawn from Herbert's actions are that he was a brave man who sacrificed his own life for a complete stranger and what better example of leadership could you want than this. I'm sure 33 Platoon would have been very well served and led by Herbert Smith. As yet I have not been able to establish if any awards were made to recognise his bravery.

So what happened to the family business after the tragic death of its Chairman? Well it was run by extended family until the sons, John and Alan had completed their education at which point they took over and ran the company quite successfully until at was sold in the 1990's. It has since closed down and houses now occupy the site. But, if you happen to drive along St.Annes Rd, please give a moments thought to Herbert George Smith and his 33 Platoon.

If anyone can name the man 4th from right, standing, please let us know and if you have information or unwanted artifacts concerning Willenhall Home Guard, please let us know. The society have published a booklet entitled 'The Second World War in Willenhall' (£2) available from the Willenhall Library.(closed Mondays)

How can a Virtual Assistant save you time and money?

THE RESCUE CULTURE?
Sign up for offers
Sign up for what's on guide
Become an author
Popular Categories