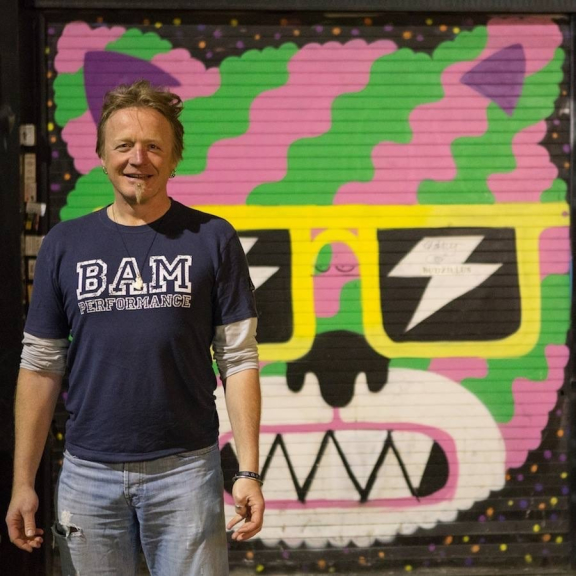 Local poet Steve Pottinger has one major problem - his previous books have sold out.  Steve, winner of the Culture Matters poetry and spoken word competitions, runner up in the 2019 Prole poetry competition and whose work has been widely published and performed, is officially sold out.

Try getting one of his books.  They are sold out.

Steve`s 5th volume of poetry, "a fine, fine place", was published by Ignite as were "Island Songs" and "more bees bigger bonnets" both of which have now sold out.  A nice problem to be in at a time when naysayers claim (laughingly, it must be said) that either poetry is dead or that poetry books no longer sell.

"I`ve never really been one for paying attention to what I`m told", explained Steve Pottinger.  "There`s a poem or two about that in my book.  And there are poems which celebrate our bitter-sweet, beautiful lives, our hopes, our ridiculous dreams.  Our insistence on looking at the stars even when we`re lying in a post-industrial gutter.  These are poems of love and life and laughter; and I hope they make you smile and put a small song in your heart.  Just don`t ask me to sing it.  Nobody needs that".

See?  He is a Thoroughly Decent Bloke.

"Shattered" is no longer available - but his book "Kissing It All" - is still available through Ignite.  The good news is that Steve`s latest book, also published by Ignite, is now available. It's called "thirty one small acts of love and resistance".  Expect this book to sell out as well on no time at all.

The fact of the matter is that Steve has generated a vibe on the poetry circuit.  He has recently returned to his native Willenhall after a tour of the South East, performing at venues in Brighton and London.  This, despite his hectic schedule of poetry performances, Associate Artist and project development management for Walsall Creative Factory, PASTA (Poets And Story Tellers Assemble) at the Arena Theatre in Wolverhampton and one third (with Dave Pitt and Emma Pursehouse) of Poets, Prattlers and Pandemonialists from the region`s live literature scene, Steve seems undaunted by the amount of ground he covers.

Steve is charismatic, incisive and funny and doesn`t see the world as you see it, as he makes clear in his latest poetry collection, "thirty one small acts of love and resistance with the dedication  "for everyone who does":

"As mosquitoes bring down monsters

with their numbers and persistence

we change the world by increments

with our love and resistance"

Some of the poems in this collection have previously been published in anthologies or online.  Steve believes poetry is as simple and as wonderful as people spinning stories, telling tales and talking to each other.  This reviewer immediately recognised the poem "black country lunch break" from 2018`s Black Country Broadsheet by Poets Prattlers and Pandemonialists and funded by Arts Council England.  The publication had the mission statement to "take poetry to the people, spoken word to the streets and words to Walsall and Wolverhampton".

Steve loves getting out and about and sharing his work with audiences.  This reviewer recently saw him at The Pretty Bricks in Walsall with Poets Prattlers and Pandemonialists.  Steve is a natural performer in front of a microphone and is very, very funny.

"I love words" said Steve.  "Their power to shape the way we view the world, engage our emotions and say something important about our shared experience - with a healthy pinch of irreverence too!"

Steve got into poetry when, at 17, a girlfriend he had been dating for a few weeks introduced him to the Mersey Poets (Adrian Henri. Brian Patten and Roger McGough) by giving him an anthology of their poetry.  "I wanted to keep in her good books" he joked "so I did.  It was the first time I`d read poetry which was cheeky, honest and moving and felt like it could have been written by and for people like us.  It spoke the way we spoke, it was energetic and vibrant and alive".

In Steve`s latest book he takes that progress further with poems of universal appeal.  The opening poem, "trainspotting 1832", is about the young Princess Victoria who famously travelled through the Black Country by train.  She didn`t like what she saw and drew the curtains.

turning the sky red by night

black as coal by day"

This is Steve`s beloved Black Country.  In the poem he writes in the first person:

"So here`s us, grafting away

every which way you look"

This poem, like another excellent poem in the book about a machinist called Kevin, was commissioned by Multistory and a common denominator in both poems is the theme of Black Country graft.  The character Kevin ponders how film producers can get worked up about Eskimos having 50 words for snow when the Black Country has 27 different languages for graft.

Humour runs through the work like a blue vein through a block of stilton cheese.  Three times in the book, Steve returns to an event which occurred in Wolverhampton swimming baths and examines the nature of the human psyche.  The poem explains the sociological implications of an incident which he believes offers hope to all humanity.

and he said "Thanks mate, I`d have lost that!""

A particular fan favourite is his poem "Enough" (written on 13th December 2019) which had an incredible over  500 shares on Facebook and well over 1000 views on the Culture Matters website.  Another  poem, Glass Collector, was a winner in the 2018 Bread and Roses poetry competition.  The poems "the folk who read the news" and "impulse" can both also be found on You Tube.

The final words should belong to Steve Pottinger.  Here he is from the poem "Mother`s Day" which was commended in the 2019 Prole poetry competition:

"Let us sing, my friends,

Sing a song of the tiny, tattered town

of the pub at its locked-down, knocked -down heart

and of those who drink there.

Let us sing of Mother`s Day and celebration

of the family night out

of empty glasses and a last one for the road.

Let us raise our cracked and tuneless voices

and let us sing".

Are you planning a home or garden clear out?
Sign up for offers
Sign up for what's on guide
Become an author
Popular Categories