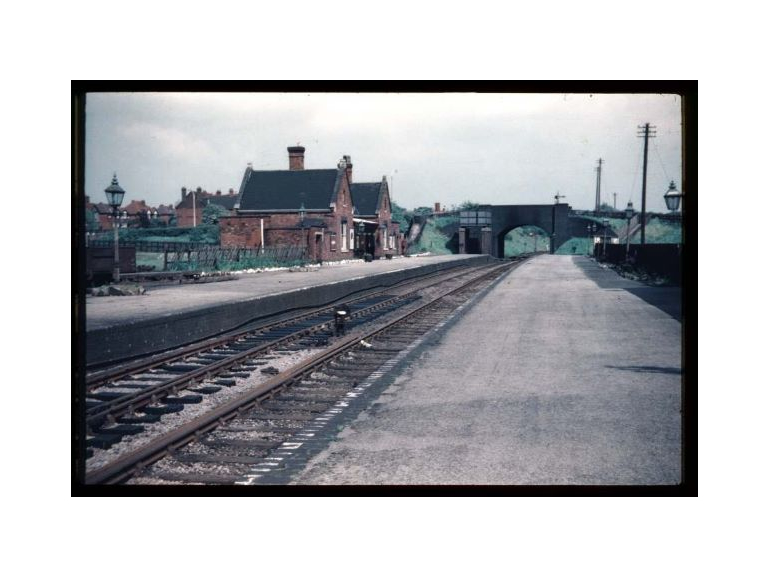 Aldridge station in 1955. The station was closed under the controversial Beeching cuts of the 1960s. Photo courtesy of DJ Norton, Birmingham

£30 million from the region’s City Region Sustainable Transport Settlement (CRSTS) has already been set aside to cover the cost of construction and this new funding allows WMRE to take the next step in the development process.

The plan includes a new single platform station on the edge of Aldridge town centre, ready to open during 2027. Options for a park and ride car park are also being explored.

Andy Street, Mayor of the West Midlands and chair of the WMCA, said: “It is fantastic news that we have secured this funding from the Department for Transport to progress our plans for Aldridge Station – thanks to the Restoring Your Railway programme.

“This funding is one of the final pieces in the jigsaw and will allow us to get this station built, providing the people of Aldridge with a faster and greener alternative to the car for their journeys to Walsall and Birmingham.

“A key part of my mayoral mission is to get much needed and long awaited new railway stations open – finally reversing the Beeching cuts of the last century – and with this news we are demonstrating through results that we can and will succeed in offering local residents better and more sustainable transport links in the months and years ahead.”

Cllr Adrian Andrew, deputy leader of Walsall Council, said: “This funding is great news. The new stations at Aldridge and at Darlaston will open up new opportunities for residents. Improving the rail infrastructure in Walsall is a boost for leisure and employment and makes the borough an increasingly attractive place for developers to invest.”

Electrification of a three-mile section of line between Walsall and Aldridge would allow a half-hourly service direct to Walsall, taking just six minutes, and Birmingham, taking 38 minutes.

A diesel only shuttle service could operate in advance of electrification and would stop only at Walsall meaning passengers would need to change for Birmingham and other destinations.

Aldridge previously had a railway station on this site, but this was one of hundreds closed under the controversial Beeching cuts of the 1960s. The station lies on the Sutton Park line, currently only used by freight services. Longer term there are plans to open more stations on this under used line.

Gold Star Award for Dan
Sign up for offers
Sign up for what's on guide
Become an author
Popular Categories
By clicking 'ACCEPT', you agree to the storing of cookies on your device to enhance site navigation, analyse site usage, and assist in our marketing efforts.
For more information on how we use cookies, please see our Cookie Policy.