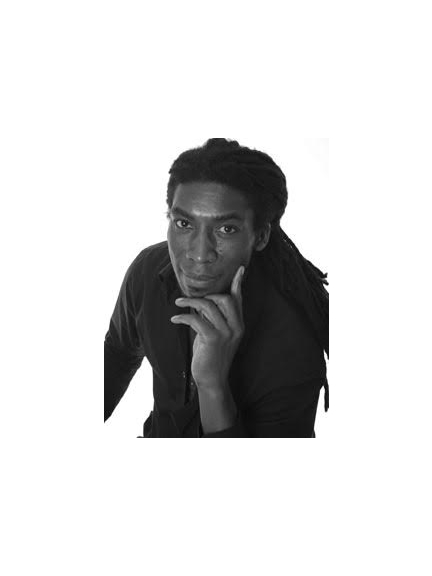 He grew up in a tough district in the Midlands alongside his three sisters, the only son of his African Caribbean parents Ermine and Gerald Campbell.

By the time he had reached 9 years old it was clear that he had a love for singing, reading and writing. So apparent was his indulgence that teachers would sometimes ask him to read his stories to his classroom during lesson time.

He began to turn his hand much more to poetry during his late teens and in a small collection of works later dedicated to his daughter Natalie he began to explore his identify, challenge racism and ponder upon relationships.

He joined his first band, a four piece set up called SPG in 1983 and after the band’s lack of success led to a split the following year he formed his own reggae band, Bandyt, in 1985. For the next three years he would travel the UK fronting the band as a singer/guitarist and by 1988 had established himself as a prolific singer and songwriter.

He remained active in the music scene for many years performing with and managing bands such as 2nd Naicha, Voices of Ujima and The Illuminations but in 2007 returned to poetry and began to compile what became his first on-line poetry publication, the ‘Echoes Collection.’ The first poem ‘The Light.’ was published on 1st September 2007.

To date Echoes has been visited by over 27’000 readers. The collection is an eclectic mix that touches on topics such as bullying (Felicity’s Revenge) or community (This Broken Bridge) and exploring spirituality (Spring Love), hardship (The Maze) and fantasy or horror (The Kiss).

A second compilation followed when in October 2012 published ‘A Day In The Life Of A Rose Thorn.’ This was a small collection of 7 poems each dark and/or decidedly abstract in character. ‘A New Religion’ the final poem of the collection was written in response to the use of guns in the taking of innocent lives, a prevalent theme at the time of writing in early 2017 with tragedies in US making the news and London gun crime up by 46 percent.

By 2014 Echoes had been completed and in March of the same year Peace was appointed Poet Laureate of Walsall. His work following this included visits to many of the regions schools where his public speaking and poetry recitals were always well recieved. For a period he also worked with Walsall Society for the Blind, appeared at Library Meetings and took part in telephone conferences with housebound community members where he shared his poetry, loves and works.

In June 2015 Peace created the 100 Walsall Poems website and over the next 6 months researched and collected over 100 poems written by residents of Walsall past and present. The collection includes as it’s oldest poem ‘Magnificence Under Ground’ a brilliant piece of work written by Richard Leigh that was first published in 1675. The website has received over 32 thousand visitors and Peace’s own poetic contribution to the website ‘Silence’ remains one of the most read poems on the website.

In 2017 Peace was invited to write the introduction for Calibna J Kerr’s earthy poetry publication ‘Take This Pill.’ The following year his poem ‘That Nottingham Life’ was published in the ‘When We Speak’ poetry anthology produced by the Nottingham Writer’s Network.

Although he spends much of his time these days as a sports journalist and photography he remains a creative at heart and continues to pen creative pieces and screenplays. His sci-fi short ‘The Android was published by short-storyme.com and he continues to explore his creativity with oral and written media pieces.

The main portion of Peace’s works can be found online.

The Micro Market is a Covid-compliant catering solution for your workplace.

Calling All Businesses... Can you donate your old laptop?
Sign up for offers
Sign up for what's on guide
Become an author
Popular Categories