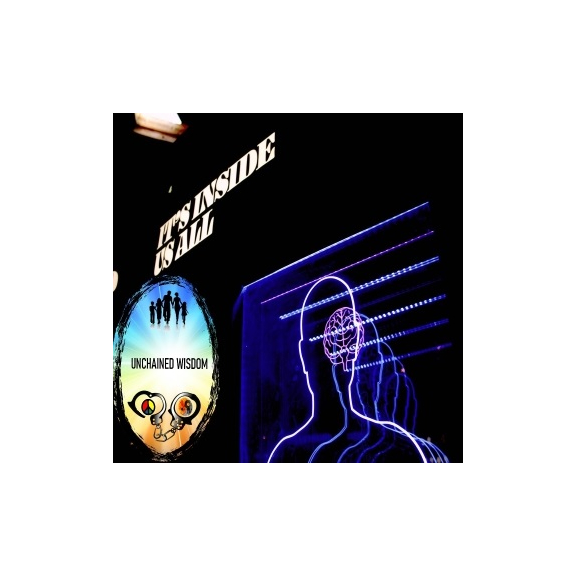 Hell, And Back The Journey Makes You Stronger.

Hello Folks, hope all is well, nice, hydrated, and nourished. Water contains 2 of the most important elements in the world… Mental Health is now out in the open and accepted, but there still seems to be a little taboo surrounding the situation, this will change over time. I believe now, from personal experience, that every mental health problem stems from a sudden moment that breaks our norm, or prolonged exposure to a problematic situation, creating anxiety, depression, PTSD and OCD. Many more on the list are event-based, some are not, but are still heavily linked to our environment, which to me is still an event which has disrupted the whole chemical balance within our bodies. Rebalancing is the main goal for most mental health sufferers, this is one of my ultimate goals.

I’ll share my journey and outlook from personal experience, it all started with OCD as a child, then PTSD added to the mix as an adult. My OCD was intensified ten-fold after my Phase one training for the Army, then the OCD almost became the coping mechanism for my PTSD, which made things a hell of a lot worse. It took a few life-changing events to change my mental state for the worse and another key event to turn it back around. Take into consideration that the key event for the positive change, was just as negative as the ones that started the OCD and PTSD.

The Day things changed for me, I felt like a weight had been lifted off my shoulders and I felt a great sense of love and life rushing through me. I believe this new situation took a turn for the best because I had prepared myself and delved into the ancient writing of Lao Tzu, a master of the Tao. I read the book, Tao Te Ching translated by Stephen Mitchell, I didn’t understand the words, but I felt I understood the concept of the Tao. The deeper meaning, I didn’t quite get, but I was becoming interested in the meditation side, as I’d already been watching a fellow named Wim Hoff, who developed a certain breathing technique which does many wondrous things for the body, and this showed me that there are many forms of meditation. Meditation does not have to be spiritual; it has hundreds of benefits that you can research, in my opinion, they all lead back to mindfulness. During my turning point, I snapped into a mindful state and all I could think of was Jade and the kids, blood rushed to my heart became a conscious thought. How often do we sit for five minutes and think of our internal workings rather than external situations… Rarely! That day I realised that Careers, Cars, and Money had zero value to me personally, and I put the love for my family in the same commodity pool as water and food, which has the power to nourish and grow life. The penny had dropped, and the book I mentioned began to make sense. I read the book again and it all changed, it continues to change every time I read it, especially when I feel I’ve reached a new milestone in my mental health. There are alternative ways to read about the mind’s way of thinking scientifically, if spirituality isn’t your thing, a book titled: What The Bleep Do We Know is excellent. Listen in to Alan Watts, he teaches his view in an almost take it or leave it kind of way, without science or spirituality. Another awesome book recently recommended to me is The Tao Of Pooh, yes Winnie the Pooh, every adult and child should read it, I believe this book should be in the curriculum. The various books approaching balance of life all lead back to mindfulness.

Over time I began compiling a mental list of my triggers and addictions, not necessarily stereotypical addictions, things like certain foods or even rituals. I came to realise all these different things came together to build a crooked, fragile house of mental health issues. That’s when it occurred to me, this house isn’t going anywhere and the hearthstone will remain, but I will choose how big the fire burns and I can fix this house up, at my own pace, a little at a time. Just as the crooked house was built up over 30 years, I said to myself, if it takes 30 years to fix, so be it. At the start of what I like to call my rewiring, I forgot Lao Tzu’s advice, ‘Nature does not hurry yet everything is accomplished.’ I rushed in knowing that my way of reacting to situations and triggers were my priority, boulder sized issues, but I was trying to eliminate pebble-sized issues at the same time, this led to at least one thing failing, distracting me from the main problems, making moving the boulders too difficult. For the next few weeks, I thought, so what if I eat too much chocolate, or drink dangerous amounts of caffeine. I had taken the mindfulness techniques I’d been taught during my time with Birmingham’s Veterans Mental Health Service and I used them to get control of my episodes. I stuck with this until one day I woke up and I felt almost new, my thought process from waking up changed, I felt awesome, I was thinking clearly, the side effect of this originally was to add to my list of things I would like to change. Now I know if things add to the list so be it. This way left me concentrating on the boulders, paying no energy to pebbles, feeling like were rolling into place on their own, which leads back to the quote ‘Nature does not hurry yet everything is accomplished’.

I began swapping coping techniques for meditation more and more, my breathing balances instantly, my heartbeat will slow to a snail’s pace and the pressure dissipates, then we are being conscious now, in the present time. The time I spent in this state, in this way of thinking, changed my ambitions and goals. Material became of no relevance to me, I found myself giving things away, no longer wanting my prized Pokemon card collection and retro games, not wanting a big house with a cinema, and so on. With every item or material object I let go of, I felt the weight lift off my shoulders, relinquishing these things relieved my OCD and eradicated some aspects of my PTSD. Facing old triggers was another way of confirming my progress, I had taken my Nan to the hospital and we were waiting in a packed A&E, this was a big challenge for me at this point, people all around were complaining that they had been there 3 hours and so on, after a couple of hours my Nan was becoming impatient too and was asking me if I was okay… She was curious because of how calm and patient I was being, she was used to the old me, being impatient and irritable. In a situation like this, I now stay in the present moment, I say to myself a couple of times, there are people around the world at present far worse off (i.e. some people haven’t even got a hospital to go to). That situation that I would have once considered a terrible day causing a knock-on effect to a chaotic mind for days, I was now taking positives from, like my Nan having her worries doused and setting her mind at ease; I had passed a personal test of progress. This also heightened my ability to realise that the past is the past, move onto the next day, or narrow the scope to move onto the next minute, bringing us closer to the present. We never know what is around the corner.

For many years I’ve orbited my wife, she has been my love and my fuel for everything I do. My sun then added 3 more to the orbit, so my kids then multiplied my fuel and love for existence, this used to be my downfall. A wise lady once said to me, you are the sun to your children’s universe; I was like, I’m no sun, Jade’s our sun. Now over time I’ve realised that we are all the sun and no one burns any brighter than yourself. I’ve unlinked my chain of thought and life has become easy, I have had less than ever, material and money, but have never been happier, I don’t rush or push anything, yet positive things have begun to happen, I’ve stopped judging, I now never feel judged, I made a pact to love life, and I now feel more love than ever.

My journey will not end until the day I die, so I want to be happy and healthy while living it. My war with mental health had turned into a battle, now I’m in the stages of peace talks. My last major episode was around Christmas last year, a man was killed on my shift, I had a conflict with my demons for a couple of weeks, but this time, they were not stronger, and the past is now extinct. Some key points from my learning curve so far are, be honest, be openminded, learn to love, learn to let go, be peaceful, but be ready for battle and don’t rush. Move one pebble at a time and be prepared for a few boulders and pebbles to fall out of place along the way, just remember that you are strong enough to move them again. Your house will end up exactly how you would like it. Change is a mammoth and difficult task, and to rid or soothe mental health, you will need to walk through fire, I found walking through it now more comfortable than boiling next to the heat for a life time. Thoughts cause stress and anxiety, these thoughts are ideas made by man, take away man made ideas and you are left with nature, the things that will keep existing if man ceased to exist, prioritise these thoughts, and never give up.

Please contact me through the link below for more information on my journey. I’m always here to help anyone who wants to help themselves.

As a cloud retains water

No warning now we are drenched

Promote and protect your vending machines with vending furniture from Coinadrink Limited.