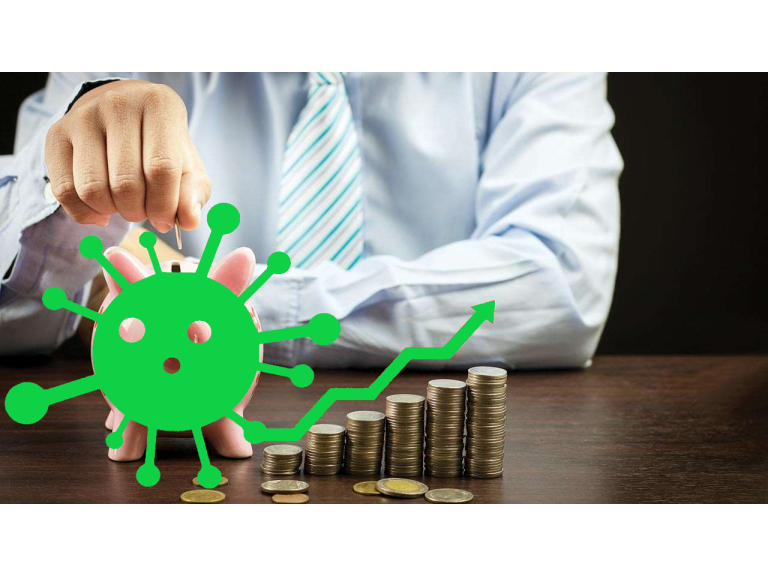 Hey Humans! It’s been an interesting financial quarter. Quarter 2 financial period has run roughly the course of the full lockdown period (before Bojo’s well explained instructions). April, May, and June make up Quarter 2, some remarkably interesting figures were announced on 15/05/2020.

Before I start, I would like to update some figures I shared at the start of the pandemic (unlike the Government). One strain of the virus (Influenza) causes lower respiratory tract infections, which unfortunately kill 4,000,000 a year. This figure does not include the other top four lower respiratory conditions that are commonly affected by viruses. If we compare the global covid-19 deaths to the existing 4,000,000 per year Lower respiratory tract mortality, it contributes only 7.5%. This percentage would decrease further if Health Organisations would kindly include all factors to calculate their data, instead of spreading it through a 42-page document (so it takes ages for me to calculate) Off on a tangent! On that note, here are some things that have truly been going on in the background.

10th of March 2020, the GBP (British Pound) / USD (U.S Dollar) started to decline over the period of 9 days. The price level dropped from 1.3 dollar to the pound to 1.14 to the pound. Funny how the markets know in advance, but our prime minister does not. The market continues downward until the 15th of march, when it turns green and begins to rise. The next day, the governor of New York decides to close schools. On this news, the price reverses and continues to sink to its lowest since June 2016 (the times of drawing out of Afghanistan, the zika virus and America taxing sugary drinks, ironically after they all got hooked). Just a few economic events to consider.

Back to the week commencing 10th of March 2020. Once the price of GBP/USD reached its bottom on the 19th, it starts to move up pretty fast, suddenly dipping again on the announcement of the UK lockdown, which started on the 23rd of march. You might be thinking this seems pretty normal when wars and viruses are rife, periodically, or is that just me? Here is the interesting part, on the 23rd of march, the Cryptocurrency market starts to rise. During this time, contactless card payments increase and interest rates are slashed. The offer of credit cards and loans are being willingly issued. Quick one on credit cards:

When you take out a credit card, there are ridiculous charges for withdrawing cash. This is because the cash you have on your credit card never really existed. Think of them as just digits, the cash only becomes physical once you have paid the bank back with labor, i.e. Work, graft and long hours, you get the picture.

Back on track! One Cryptocurrency that is extremely stable most of the time is XRP, the native currency of Ripple, a huge company, I mean huge! Have you ever heard of them? You may not know it but a large percent of small cash transaction already run through their software. Have you ever wondered why cash transfers are instant now? Here’s your answer. Ripple can send data of any sort to anywhere in the world, in the blink of an eye, with little to no charges. This old system of waiting 30 days for payment of goods is becoming a thing of the past. There are 100 billion Xrp in existence, with around 55 billion which held by Ripple, worth around 8 billion pounds. I keep my eye on a website called fiat leak, which openly shows nearly every crypto currency movement around the world. The day New Zealand re-opened McDonalds, Xrp was having some unusual activity to New Zealand. On the day UK eased lockdown restrictions, the GBP counter disappeared from the website, maybe a glitch.  The platform used in this system is the ODL (On demand liquidity). Ripple promote their ability to solve liquidity problems on a global scale.

Over the last few years, Ripple have been making deals with banks, governments, and remittance companies to join ripple net. This is a huge deal! They are now newly advertising business loans.

Now back to the start. The announcement on 15/05/2020 coming out of America. Treasury International Capital shows in and out flow of capital to America by only Americans, not foreigners. The figures from the previous announcement were minus 14 billion, which indicates the weakening of the dollar. The new announcement recorded 350 billion. Where the hell did that come from? Donald Trump has been trying for weeks to get the FED to jump on his negative interest rate. I bet they will now! Also, the negative interest rates make it more attractive to hand out loans, working hand in hand with the flow of capital. Win win! Just not for the working class.

This is some crucial information that I feel we should all know regarding our new financial system. The locked-up liquidity needs to be unlocked, for the wealth to transfer from the old financial system to the new. The working class are the Key. My heart goes out to our public service workers, trying to work for good, while the bad goes on above their heads. I think we should stop being corporate locks smiths and stick those keys up….

Influenza, SARS and Corona all have equal symptoms.

High temperature a Hercules cold, the same every season.

Respiratory casualties the highest every year,

Pollution, chemicals allowed freely by the ones who sneer.

Influenza, SARS and Corona all have equal symptoms.

As it crashes and tumbles.

Influenza, SARS and Corona all have equal symptoms

Influenza, SARS and Corona all have equal jobs

I’ll see you next episode, I wonder what they’ll call it.

Are you planning a home or garden clear out?
Sign up for offers
Sign up for what's on guide
Become an author
Popular Categories