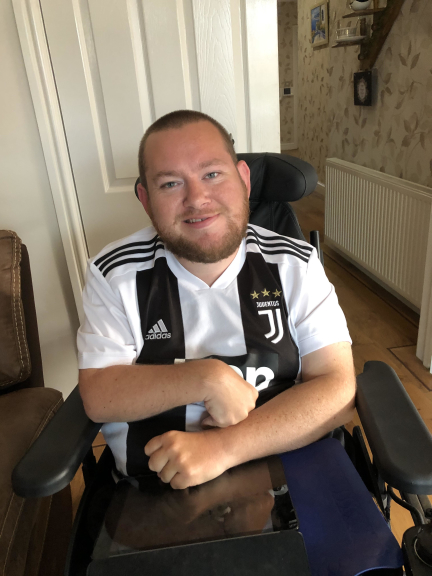 Daniel Kay has been writing for 3 years, his book ‘View From a Wheelchair’ has been out since June, and he is also a writer in Sonnets for Shakespeare.

This is the first poetry collection by Daniel Kay. It’s a selection of poems written over the last 6 months, and have coincided with recent events. These poems are thought provoking, appreciative and positive.  Here is the poem.

Abide by romance; thou shall fly free,

A beacon of love shall ever remain.

From which a couple of seas or soils will see,

The heart of his words, engraved,

Shaking off of the veins of his pen to be saved,

Swiftly shifting from sheer words to a story.

Eradicating the insides all the way to the core,

Diving into unknown yet familiar territory.

Feelings assembled to the umbilical cord,

From the dawn of the first word,

The first semblances of hope and love raved.

Dislodged the peeled tag, of something already born,

And made it his own thing; brand-new.

Sit next to a dying heart; forlorn,

And watered it and left it for it to accrue.

A gold dome from which sprung majesty,

An enduring legacy has born more than a dream.

A mortal’s travesty from love to pain,

Where lovers were born and died the same.

Where unknown love found its name,

Where both players lost the game.

His spirit now lies in the vicinities,

Nearby which others have failed or stayed.

A mere conjecture turned intense for he swayed.

A silver-lined threshold for those who have no ceiling,

A fortress for those who never found a home.

He taught them how to read and live a feeling,

And he left it for all the ones to come.