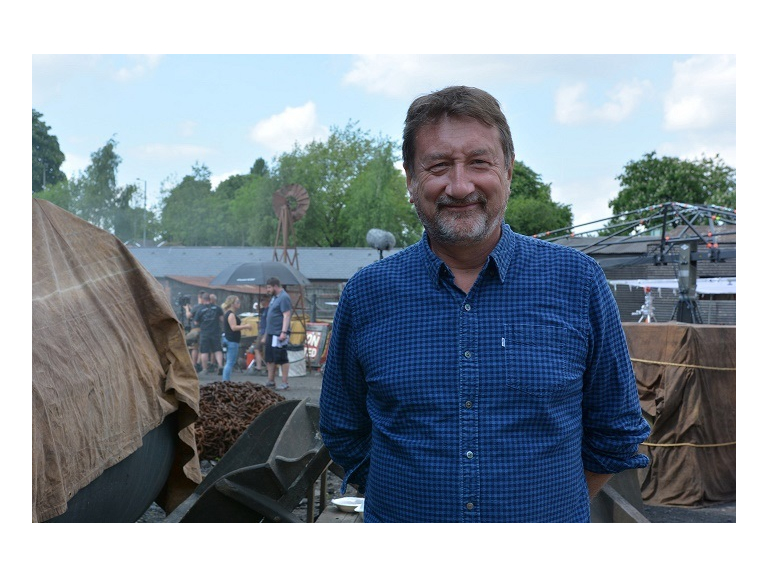 The public is being urged to ‘give what they can’ to help Acorns Black Country Appeal hit £500,000 – by order of the Peaky Blinders!

Steven Knight, the creator of the smash hit BBC television series, is encouraging people to get behind the Save Acorns Black Country Hospice Appeal as the latest fundraising total revealed the figure is just £50,000 from the half a million mark.

The rallying call from the Birmingham born writer, producer and director, comes after Acorns announced important progress in the battle to save its Black Country hospice from closure, with the charity’s Board of Trustees unanimously voting to remove an earlier limit on families booking stays for their children beyond March 2020.

Since the proposed closure of the hospice in Walsall was put on hold to launch the Appeal, the urgent call for donations has seen the local community mobilise into action, with numerous individuals, celebrities, businesses and sports teams all stepping-up to support the charity and the 233 children and their families across the Black Country that use its services.

Speaking in a video message Steven Knight said: “I’m here to encourage you to help the Save Acorns Black Country Hospice Appeal. Lots of money has come in already, we just need a little bit more – we’re nearly up to half a million.

“So please, if you can, give what you can. It’s a really worthwhile cause and if you do, it’s by order of the Peaky Blinders.”

Steven, a longstanding friend of Acorns, will be one of the stars of a special event next year, where he will be interviewed alongside Mayor of the West Midlands and Appeal Patron, Andy Street.

In addition, Steven has generously donated a number of Garrison Tailors’ suits which are being auctioned to raise money for the Appeal from now until 28 November. The suits were famously worn by Birmingham City Football Club players to officially launch their kit for the current season’s EFL Championship. Visit www.silentauctionevents.com/upcoming-auction to bid for your chance to dress like a Peaky Blinder.

Acorns Chief Executive, Toby Porter, said: “If anyone had said to me at the start of the Appeal we would be on course to raising half a million pound in just four months, I would have been amazed. This is a wonderful, generous community and we are deeply grateful to everyone who has helped us reach this milestone.

“On behalf of all of us at Acorns, a huge thank you to everyone who has backed this Appeal so far and to Steven for his expression of support, which I hope will help galvanise even more people to get behind our Appeal.

“There is still much work to be done. We are nearly a quarter of the way to our £2million target, but with your help I am confident we can get there. I urge everyone to see what they can do to support the Appeal. Large or small, it doesn’t matter – it all makes a difference for our ability to help any child and family in the Black Country that will need us in the future.”

The Save Acorns Black Country Hospice Appeal was launched by Acorns in July as the proposed closure of its hospice in Walsall was put on hold following pledges of additional NHS support, that should ensure the hospice is adequately funded from 2023/24 onwards.

To support the Appeal, you can donate by visiting: www.acorns.org.uk/appeal

New Anthology, Poetry Through Fresh Eyes By Willenhall Poet Ellis Unchained
Sign up for offers
Sign up for what's on guide
Become an author
Popular Categories