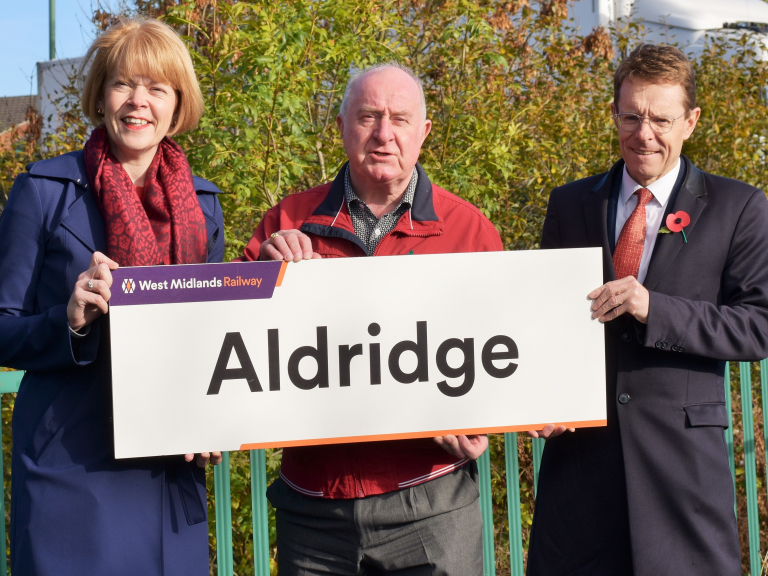 Amidst the busy world of Westminster, and the relentless media focus on Brexit it is important not to lose sight of local matters and so I welcome the opportunity that “Best of Walsall” provides to highlight local news stories and issues of interest to us closer to home.

So let’s talk trains and stations – in particular Aldridge Station.

Some, but not all, will remember that between 1963 – 1965 Dr Beeching announced the most sweeping cuts affecting our railways since their development in the Victorian era. During that two-year period more than 2,000 stations and 5,000 miles of railways lines were closed, including our own here in Aldridge, which after an 86-year long history, closed its doors in 1965.

Throughout its history Aldridge Station was an important part of the social fabric of our Village. More recently, and last year as part of the 100th Anniversary celebrations to commemorate the end of the Great War, the site of the former station was chosen by the Aldridge Great War Project as it was the site which represented our whole Village. It was from the Station that people would take the train to go to the War and it was also the station that was used as a place where the sick were taken before being transferred to military hospitals. Although it is now more than 70-years since the station finally closed its doors to the travelling public, a station in Aldridge has played an important part in our history and development as a Village and I believe could play an important part of our future.

That’s why I have been campaigning to reopen Aldridge Station, and I was delighted to be onsite at the end of last year with West Midlands Mayor, Andy Street and Walsall Council Leader Councillor Mike Bird to welcome the recent feasibility study about the possibility of linking Aldridge to Walsall and Birmingham with a new station.

Aldridge Station is an issue that regularly appears in my inbox and is one that residents raise on the doorstep with me. Creating connectivity from Aldridge to Walsall and the wider rail network and beyond can only be a positive thing for our local economy and will increase our transport options.

I was therefore pleased to see the initial feedback is that this is viable subject to funding and some technical challenges and I am keen to encourage further work on this. A station in Aldridge would be a great asset for us and I will continue to work with Andy Street to try and make this happen.

From Postman to Professor & Beyond