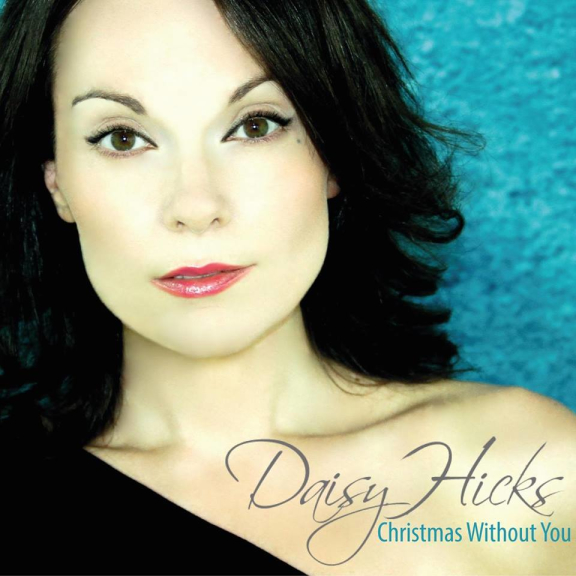 Check out the video here: https://youtu.be/gtvk3QwwSqM

As well as her festive single, Daisy has been busy creating a collection of new jazz-inspired pop songs that evoke nostalgia, love, heartbreak and paint a truly visual journey. Her next single “French Café” is due for release early 2017.

Being the daughter of legendary jazz drummer Tony Hicks and related to international recording artist Chris Rea (Driving Home For Christmas), it’s no surprise Hicks was going to sing! After being classically trained and beginning her career in jazz, Daisy decided to deviate from her roots and explore her musical horizons. By the age of 19 Hicks had been signed by Concept Music, with whom she released her debut album ‘Mistress’. The album broke in the UK, Japan and European markets with radio play on the likes of KISS, Radio 1 and Capitol.

Daisy Hicks didn’t stop there and has collaborated internationally, writing with big names such as Aron Friedman, Stefan Örn and Jeff Franzel . She has also worked with producers Matt Fell, Tim Laws and Pete Craigie – just to name a few!

Daisy’s crystal-clear vocals that soar above the music have been played almost everywhere you can think of, including thousands of shops, bars and airlines around the globe and her track So Much More Than Love featured on the hit US TV series ‘Pretty Little Liars’.

Daisy’s new laid back jazzy style was recorded on Elton John’s old piano from his house in Beverly Hills that now resides in Curtis Schwartz’ Berry House Studios (Stacey Kent). Having lost her dad 10 years ago to lung cancer, Hicks found the recording process particularly emotional as her father had recorded at Berry House Studios on many occasions.

Check out Daisy Hicks’ website and social media for all her upcoming – we predict 2017 is going to be a very exciting year for this local gem!

Action for Children Christmas Gift Fair at High Rocks
Sign up for offers
Sign up for what's on guide
Popular Categories
By clicking 'ACCEPT', you agree to the storing of cookies on your device to enhance site navigation, analyse site usage, and assist in our marketing efforts.
For more information on how we use cookies, please see our Cookie Policy.