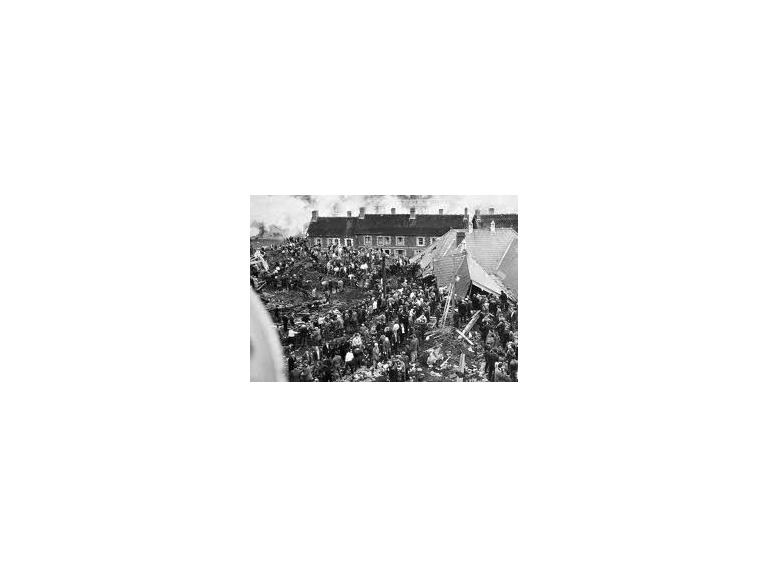 Do you know where you were 48 years ago today? I do, coming home from school to see my mother in tears, she had received the news that 116 children and 28 adults in the village of Aberfan had been killed. We left that night for Wales, the pull of our roots was that strong. Normal on a trip home there would have been singing from the back seats, A stream of “are we there yet?” or “How much longer” not this time, the only sound was the gentle sobbing of my mother from the front seat.

All of Wales seam to be covered by a black veil. We sat around my Nan’s TV watch the news, we heard my father in the TA was one of the first to go to help with the rescue, my young uncle in his teens had gone off with his mates to help dig. We held our breath, and we waited and waited.

Sometime later I’m not sure now long, we piled into the car and made our way like many others to Aberfan, car after car made there way there, police pointed the way, has we enter the village the whole atmosphere was one of respect, we like many others had gone with hearts overflowing of sadness and love for the loss of the heart of the village.

We gave out the food and blankets we had collected, it seam so little to do. We were put in a line of people all walking slowly to where I did not know. Has a child I followed, we were taking into a house or part of it, a kitchen no different from any other in them days, a table with a table cloth on, some plate, a pot of jam, but then I looked up, I will never forget seeing the hand prints of what must have been a mother and child running down the wall, black from the coal dust, I wanted to be sick, the air still thick with the dust, I wanted to run, get out into the fresh air, be free again, then a old gentleman with tears running down his face looked me in the eyes and said “never take coal for granted.”

Going back to England where we were living seamed so unreal, everything there was going on, the same old things, but not in our household, people didn’t understand why we were sad all the time, school was hard, seeing children running and playing, laughing and shouting, knowing that there were 116 welsh children who would never do any of this again.

Every year our school put on a contest, it would start at class level, you would have to write and read out a speech and a poem. I leant the poem I had to say, but couldn’t think of anything to write a speech about, then my mother said, tell them about Wales, about Aberfan, about coal that keeps them warm, I did, I won the class level for both the poem and the speech, some how my mother had photos of Aberfan and I worked them into the talk I wrote. The day came and I did the poem, it was okay, a bit to long, but then it was my turn to speak about Wales. I got some booing when it was first introduced, ( I was bully at school for being Welsh) so that was no surprise. I talked about Wales and Aberfan, I showed them the photos, of the coal dust and mud mixed together that had knock down houses and buried the school. I was able to see a sea of small faces all looking up at me, and it was then I noticed some had tears running down them faces, and I saw something else, I saw respect.