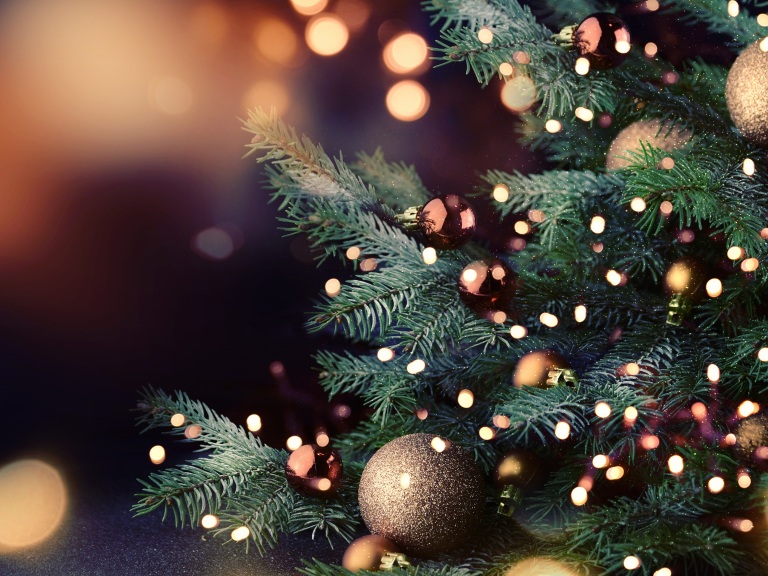 The house sat at the edge of the village and on Christmas eve the house was silent, except for the crackle of the open fire, and the tick, tick, tick of the clock as it marched ever closer to Christmas.  The house was decorated in the best of Christmas traditions.  And sat in front of the fire in his favourite armchair was Sam.

Sam had lived in this house for all his life; from the very minute he was born.  Sam was old now and couldn’t move as well as he used to but, it was Christmas Eve and Sam had work to do.

Sam put on his favourite walking shoes, then he put on his warmest winter coast and with walking stick in hand he prepared to leave the house.

Mrs Jones also lived in Cwmfelinfach and she’d recently had a baby, Marianne she’d called her, and she was now two months old, this would be her first Christmas, in total there were five babies in the village that would be seeing their first Christmas this year.

Every Christmas something magical would happen in this village, for every house with a new born baby would be left a present.  Every Christmas day any house with a new born baby would find a present left on the doorstep on Christmas morning, each present would have a gift tag with the babies name and a short message that read, “may you forever keep the spirit of Christmas in your heart for all the days of your life” and of course it would be signed Santa.

All the adults in the town suspected it was Sam that left the presents every year, but try as they might no one had ever been able to catch him in the act.  Whenever anyone asked him about the presents he always denied it, and simple said “it must be Santa”

When the village awoke that Christmas morning everyone was shocked to see the presents on the doorsteps of the houses with newly born babies.  You see they were all sure that Sam had been the one leaving the presents every year, but Sam had passed away six months previous, so who could have left these presents?

You see Sam had passed away earlier that year, but his ghost still lived in that house on the edge of the village, and on this Christmas Eve Sam’s ghost was preparing to leave the house when on the stroke of midnight he heard sleigh bells outside his house.  When he went outside sat on his lawn was a beautiful sleigh pulled by reindeer, and sat at the front of the sleigh was a man in a big red coat and a long white beard, Sam sat at the right hand of Santa that night and together they delivered the presents to the five newly born babies in the village, and some say he has sat at the right hand of Santa every Christmas since.

Have you just filled your house with Christmas dangers to your children??
Sign up for offers
Sign up for what's on guide
Popular Categories
By clicking 'ACCEPT', you agree to the storing of cookies on your device to enhance site navigation, analyse site usage, and assist in our marketing efforts.
For more information on how we use cookies, please see our Cookie Policy.