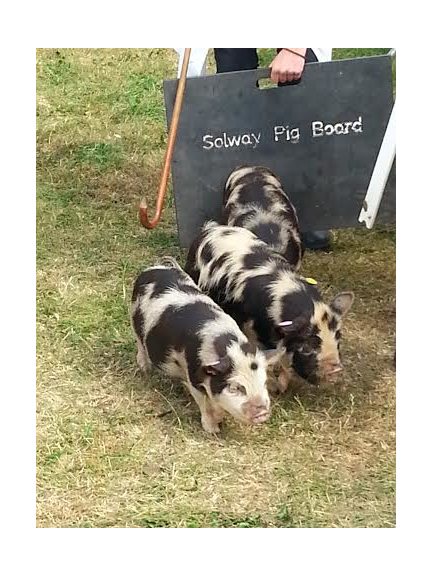 It’s mid-September and if you’re been out walking in the forest and heard the sound of happy snuffling, no, you’re not imagining things – the forest really is full of pigs. Cute little white ones, rusty red ones, pink ones with black spots and black ones with white bands. All happily foraging among the autumn leaves, hoovering up the acorns, beechmast, chestnuts and any other nuts they can get their snouts on.

For 60 days each year, from a designated date in September (chosen by the Verderers), up to 600 domestic pigs are let loose to wander. The custom is known as Pannage, or Common of Mast. This year it begins on September 20 and runs to November 23. It’s an ancient tradition which has died out in most of Britain, but is still very much alive in the New Forest, where it is vital to the ecology of the area. Large numbers of acorns are poisonous to the New Forest ponies and cattle but fine for pigs, so allowing the pigs to clear them keeps the forest safe for the other animals. The pigs are fattened up and returned to their owners – if they can find them, which can take a bit of doing – at the end of the season.

Every year at least six ponies die of acorn-poisoning. Last year an unusually high number died and the Pannage Season was extended to mid-December. That may well happen again this year, because the wet spring and warm summer has brought a larger than usual acorn crop.

Take your camera with you when you head to the woods for a bit of pig-spotting, but be careful, although the pigs are mostly good-natured, they can occasionally chase or even bite, so keep your distance.

A writer and editor living in Lymington