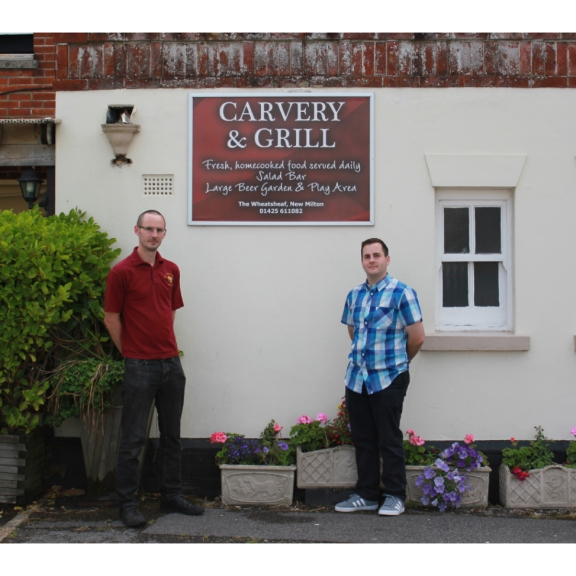 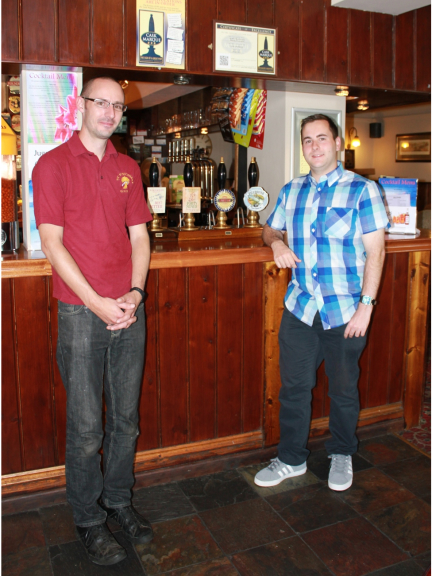 Earlier today I had the pleasure of meeting Mark Drayton at The Wheatsheaf Inn in New Milton.  Mark was the lucky winner of £100 to spend at a local independent business of his choice, and having asked friends for suggestions The Wheatsheaf was recommended to him.

Mark won his prize after being entered into a prize draw when he recommended a local New Milton business during Buy Local week, a national campaign that raises awareness of local independent business and aims to encourage local people to use their local businesses and shops.  Mark recommended Wendy’s Café on Station Road, New Milton, as he has lunch there most days.

Mark will now enjoy a meal with friends and family at The Wheatsheaf Hotel, which has an extremely popular carvery.  He hasn’t eaten there before, but he told me that as it had been highly recommended to him it seemed the perfect choice.

Jon Bell, one of the owners of The Wheatsheaf, made Mark and I very welcome when we met up there.  Jon has overseen great improvements to the pub since he moved in. When he initially took it over it only served drinks, after a refurbishment and the introduction of a restaurant, The Wheatsheaf has gone from strength to strength, with the carvery, grill and salad bar proving very popular (including the vegetarian option of a nut roast which is much enjoyed), as is the curry night on a Monday and Saturday.

I am delighted that not only did we have a local winner during Buy Local Week, but also that Mark has chosen to spend it in such a great local business – well done Mark, we are sure you will have a great time at The Wheatsheaf Inn.

What's on in The New Forest 12th to 19th December?
Sign up for offers
Sign up for what's on guide
Popular Categories
By clicking 'ACCEPT', you agree to the storing of cookies on your device to enhance site navigation, analyse site usage, and assist in our marketing efforts.
For more information on how we use cookies, please see our Cookie Policy.