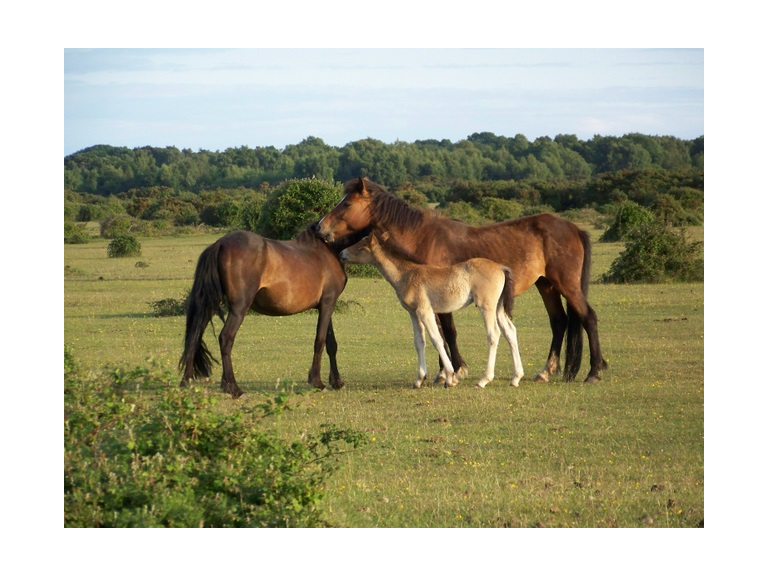 The 3000 ponies of the New Forest are semi-feral, living wild and roaming freely across 219 square miles (570 sq km) of open land. But every year they’re rounded up in what is known as the New Forest Drift.

This event, which runs from mid August to early November, dates back to the creation of the New Forest and the laws set out by William the Conqueror and his son Rufus. They established a system of rights to enable New Forest people to survive. Under this system, the ponies belong to the Commoners; people occupying land to which common rights are attached. Around 800 houses and smallholdings have this right, though not all of them use it.

It’s an amazing sight, when the Commoners, often extremely skilled horsemen and women, ride out to round up groups of ponies, many of which are trying to dodge them, and herd them into small enclosures. The Verderers, who administer the New Forest laws, appoint Agisters to oversee the health and management of the ponies. Each pony is inspected by the Agisters and given its owner’s mark, and the tails are cut to show which part of the forest they are from (which makes them easier to identify in case of accidents). Foals are taken from their mothers to be weaned and any unwell or under-nourished ponies are taken for treatment, to be returned to the forest when they are well again.

This year some of the ponies have been affected by a respiratory virus called, Strangles, which can seriously affect them if they over-exert, so some of the drifts have been cancelled, for fear the ponies will race around trying to avoid being caught. In most cases the virus takes its course and the ponies make a full recovery.

A note of caution - should you fancy watching a drift – spectators can cause disruption and put the drifts in jeopardy, so please keep your distance.

A writer and editor living in Lymington